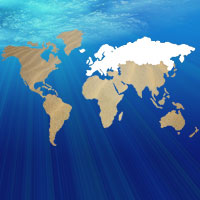 Lying on the northern side of the Mediterranean, the continent of Europe is bounded by the Atlantic Ocean on its western border and by both the Norwegian Sea and Barents Sea on its northerly axis. Many of the world's most visited and influential countries reside within Europe, grouped as the Baltic states, Benelux, Britain and Ireland, Caucasus, Central Europe, France, Iberia, Italy and Scandinavia, as well as Cyprus, Greece and Turkey, and Belarus, Russia and Ukraine.

Europe covers an area of approximately 10.4 million square km / 4 million square miles and enjoys annual visitor numbers in the region of 500 million. Many European countries are famed for their rich cultural heritage, spectacular man-made sights and reliable modern transport. Choose between the canals and waterways of Amsterdam, the Eiffel Tower in Paris, the Colosseum in Rome, the Greek temples of Ephesus and Athens, London's Buckingham Palace and St. Paul's Cathedral, and the Plaza Mayor in Madrid.


Many countries now below to the European Union, which was set up in 1992 in a successful attempt to establish a level market using just a single currency - the Euro (EUR). Currently some 28 countries are members of the European Union, reducing the need for currency exchange as you travel across their borders. 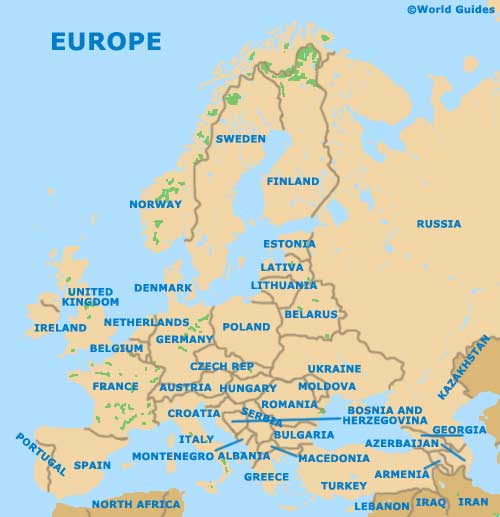