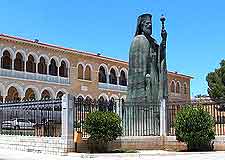 Located in North Cyprus and close to the very heart of the island, the capital city of Nicosia (Lefkosia) offers something quite different to the large selection of bustling seaside tourist resorts scattered along the north and south Mediterranean coastlines. Nicosia is divided into two very distinctive regions - the North (Turkish occupied) and the South (Republican), following the Turkish invasion of 1974.

Crossing between the north and south of Nicosia was once restricted, but is now really quite easy. Head to North Nicosia for traditional Cypriot handicrafts and markets, or stay in the South to explore its remarkable 16th-century Venetian Walls. Current Cypriot tourist information is available at outlets of the Cyprus Tourism Organisation (CTO), within the New City and Old City areas of South Nicosia, at the Ledra Palace Hotel Crossing, and in the North, at the Kyrenia Gate and on the Bedrettin Demirel Caddesi. Also in the north is the Birinci Turizm office, on the Girne Caddesi. 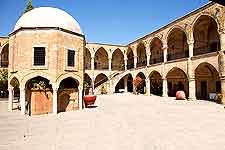 Whatever part of Nicosia you are staying, there are sure to be plenty of good attractions close by. Guided walking tours are available in both regions of the city, often taking in the sights around the Ledra Palace Hotel Crossing. In South Nicosia, look out for the Arablar Mosque, the Faneromeni Church, the Omeriye Mosque and the family friendly Municipal Gardens, while in the north, the Buyuk Hammam (Great Baths) and the Cyprus Turkish Shadow Theatre hold much tourist appeal. More information about Nicosia Tourist Attractions. 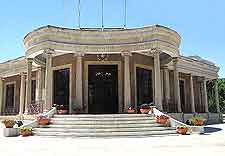 The Laiki Yitonia district of South Nicosia is where the main places of interest reside, both old and new. Located on the Plateia Archiepiskopou Kyprianou, the Archbishop's Palace is a wonderful Venetian landmark and has been thoroughly renovated. A number of historical gateways remain close by, the best of which are the Famagusta Gate and the Pafos Gate. In North Nicosia, the Selimiye Mosque (Selimiye Camii) is a major landmark and its beautiful minarets certainly stand out on the city's skyline, being added by the Ottomans in the latter part of the 16th century. More information about Nicosia Landmarks and Monuments. 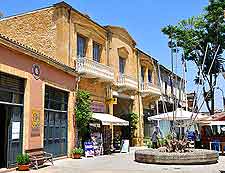 As the Cypriot capital, Nicosia is home to some of the island's most significant museums. The acclaimed Cyprus Museum really does stand out in South Nicosia and is known for its archaeological relics collected from the Tamassos necropolis, and terracotta figures from Agia Irini. The Cyprus Jewellery Museum, the Ethnographic Museum and the Leventis Municipal Museum are further cultural highlights. For Cypriot art at its most impressive, then the Art Gallery of Makarios III Foundation is the place to visit, along with the Municipal Arts Centre and Library. More information about Nicosia Museums and Nicosia Art Galleries. 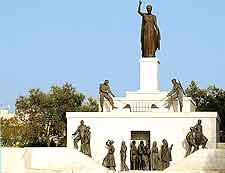 Being relatively close to the heart of Cyprus, Nicosia serves as a good base to investigate the island. Just a 30-minute drive to the north, the harbourfront tourist attractions and beaches of Kyrenia are popular. Head south-west and you will soon encounter the site of Ancient Tamassos, where a couple of remarkable tombs date from the 6th century BC. Also close to Nicosia, the Maheras Monastery, the Mesaoria Villages and the Monastery of Agios Irakleidos are all within driving distance, along with the sizeable modern town of Strovolos, where museums, parks, lakes, outdoor amphitheatres and the Municipal Sport Centre are to be found. More information about Nicosia Attractions Nearby. 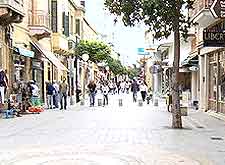 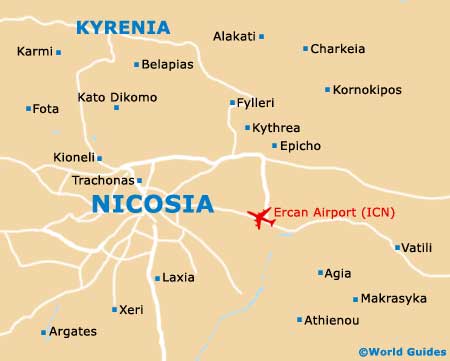