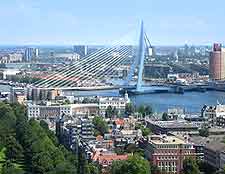 Holland's second-biggest city after Amsterdam, Rotterdam offers nothing short of a truly unique appearance, since the majority of its central buildings are modern, following war damage in the 1940s. Tourists will soon discover that recent building projects have transformed the Dutch city of Rotterdam and given it nothing short of a new lease of life, with stylish architecture and erections such as the breathtaking Euromast and its elevated panoramic restaurant.

The energy and nightlife now present in Rotterdam has had an extremely positive effect on tourism and the local community seems to thrive on the diversity and culture now apparent all over the city. The western side of Rotterdam boasts the busiest harbour in the whole of Europe and the city's shipping industry dates from the late 16th century. 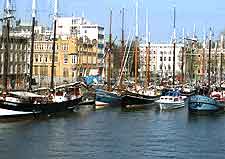 Tourists will be overwhelmed by the sights and sounds on offer here, ranging from a simple stroll along the banks of the Maas River (Nieuwe Maas) or the Oude Haven area, to enjoying an evening out at one of the endless cheap bars, which are influenced by the resident student population and regularly feature live music. Many hotels line the banks of the Nieuwe Maas, as do Rotterdam apartments, a number of which are based around the Maritime Quarter (Scheepvaartkwartier), Parkhaven district and Westzeedijk area, being close to Het Park and the Park Quay (Parkkade).

Tourism advice is available at the Rotterdam Tourist Information Office, on the Coolsingel, just a five-minute walk from the train station (Centraal Station). 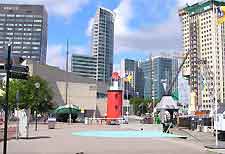 Whether you are shopping along the pedestrianised arcade of Lijnbaan, taking a cruise around Rotterdam's harbour, or soaking up the sun on the city's Boompjeskade Beach, you can be sure to find something to enjoy during your stay. Families staying in Rotterdam will enjoy a trip to Blijdorp Zoo and its exceptional Oceanarium, while other tourists will enjoy strolling around the Arboretum Trompenburg, or the historical seaport of Delfshaven. The windmill of Delfshaven is particularly iconic and much photographed. More information about Rotterdam Tourist Attractions and Landmarks. 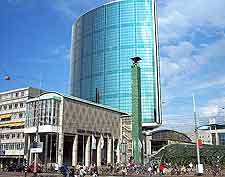 Culture in Rotterdam is in abundance within the area known as Museumpark (Museum Park), where many of the best museums in the city are clustered. The Kunsthal art gallery is amongst the best offerings here and situated at the southern end of the Museum Park, regularly hosting many quality art exhibitions. Celebrating the rich maritime traditions in the Netherlands, the Maritime Museum is filled with interesting models and information. On a similar theme, Rotterdam's Openlucht Binnenvaart Museum contains a large collection of historic waterway boats, and is conveniently close to the Mariniers Museum, on the Wijnhaven. More information about Rotterdam Museums and Art Galleries. 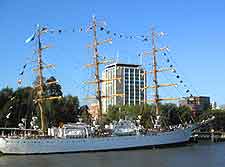 Famed for its canals, cafe culture, museums and Red Light District, Amsterdam makes for an extremely popular day trip from Rotterdam and is only just over an hour away, being connected by buses and trains. Even closer is the Dutch city of The Hague, the characterful town of Dordrecht, and Kinderdijk, where a large group of working windmills are located along its winding canals. Also close to Rotterdam is the Biesbosch National Park, where various recreational activities in a rather tranquil setting offer something quite different. More information about Rotterdam Attractions Nearby. 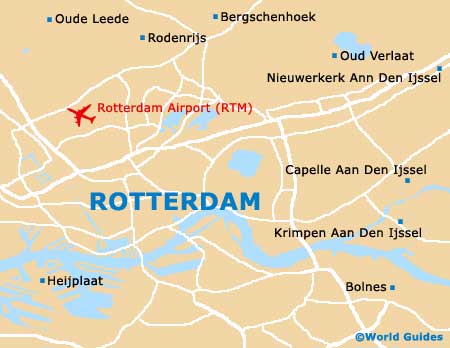