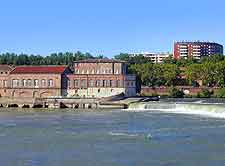 One of the jewels in France's south-westerly crown, Toulouse is located on the banks of the gently curving River Garonne. Tourists visiting Toulouse will enjoy the character and charm of the many historic buildings within the Vieux Quartier (Old Quarter), whilst also recognising the importance of the aerospace industry and the Toulouse Space Centre.

Toulouse is also a prominent French university city and home to one of the biggest student populations in the whole of the country, being home to around 130,000 students. The 13th-century University of Toulouse is now divided into three individual universities, each of which contains many notable colleges.

Tourism has always been a part of Toulouse and the city is keen to promote itself as the 'City of Light' (Ville de Lumière), due to the high concentration of illuminated sights at night. For tourist information, the Toulouse Tourist Office is located on the Square Charles de Gaulle. 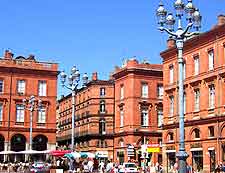 Tourist attractions abound in Toulouse and many visitors choose to begin their sightseeing by taking a relaxing cruise along the Canal du Midi and the River Garonne, with trips departing from both the Ponts Jumeaux and the Quai de la Daurade. Other highlights include the religious architecture of the Cathédrale St. Étienne and the Basilique St. Sernin, the cultural performances at the Théâtre Garonne, and the planetarium, IMAX cinema and life-size spaceships at La Cité de l'Espace (Space City). More information about Toulouse Tourist Attractions 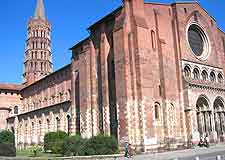 Many of the main sights and landmarks in Toulouse lie around the Place du Capitole, the city's main public square, such as the City Hall (Le Capitole), which was built in the mid-18th century and contains one of the country's most prestigious opera venues, the Théâtre Nationale du Capitole. When in Toulouse, also look out for the Halle aux Grains Stadium, the ancient remains of the Roman Amphitheatre of Toulouse-Purpan, and also the medieval water mill that is Le Bazacle. More information about Toulouse Landmarks. 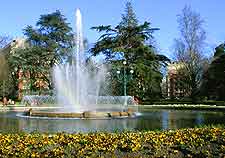 Museum lovers will enjoy the large selection of cultural attractions on offer around Toulouse. Particularly popular is the Musée Labit, the Musée St. Raymond and the Paul Depuy Museum, all of which house various collections and provide information about different aspects of the city's past.

For art lovers, the Toulouse Modern and Contemporary Art Centre (Les Abattoirs) is simply not to be missed. More information about Toulouse Museums and Toulouse Art Galleries. 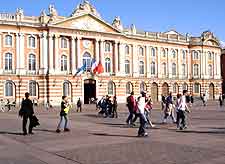 Outside of Toulouse tourists will discover rolling hills, verdant countryside, wineries, foie gras and plenty of Armagnac liqueur. Many tourists choose to visit the medieval village of Albi, the historic town of Montaubin, and also the hilltop village of St. Bertrand de Comminges.

Also worth a visit is the beautiful fortified town of Carcassonne, the capital of Cathar country. More information about Toulouse Attractions Nearby. 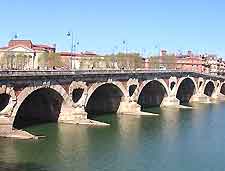 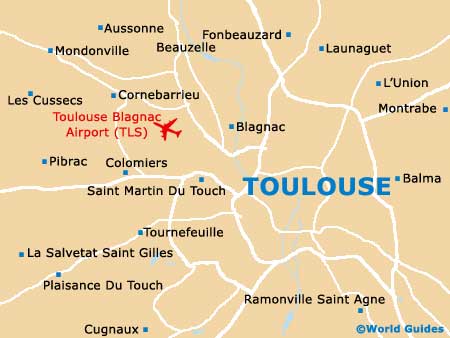