After both Tallinn and Tartu, Narva is the third-biggest city in the whole of Estonia and is actually the country's easternmost location. Narva is literally just metres from the Russian border and the town of Ivangorod, being separated only by its namesake narrow waterway that is the Narva River.

Being so close to Russia, the city has developed a noticeable Russian character and offers an especially appealing and unique history, which spans more than 500 years and offers much in the way of tourism. The tourist information centre can be found in central Narva, along the Pushkini Tänav (Pushkin Street), off the Peterburi Maantee. 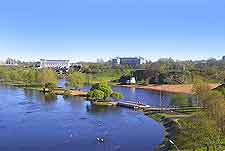 Although some of the most impressive architecture in Narva was destroyed in 1944 by the Red Army, a number of significant landmarks remain and proudly dominate the city's recognisable skyline. Narva Castle is the most famous of these structures and this medieval fortress is situated next to the riverfront and just a stone's throw from the Russian-Estonian bridge. Directly across from the castle is the Russian Ivangorod Fortress, creating a rather special ensemble worthy of a photograph or two. Tourists should also look out for both the Old Town Hall and the Voskresensky Cathedral. More information about Narva Tourist Attractions and Landmarks. 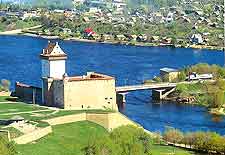 There are just a handful of museums and similar attractions in the city, with the Narva Museum standing out as the best by far. Located within the castle itself and housing a wealth of historical information and artefacts relating to the city's rich Estonian and Russian past, the museum also features a good art gallery, known as the Kunsti Gallerii and featuring many large oil paintings. More information about Narva Museums and Art Galleries.

Whether you have rented a car or chosen to rely upon public transport, tourists staying in Narva will find many attractions close by that are worthy of a day trip. These include the wetland nature trails and Baltic flora and fauna at the Endla Nature Reserve, the popular beaches and holiday resorts on the northern side of Lake Peipsi, and an extensive sandy beachfront in the neighbouring suburb of Narva Joesuu, where waterfront hotels and spas are in plentiful supply. More information about Narva Attractions Nearby. 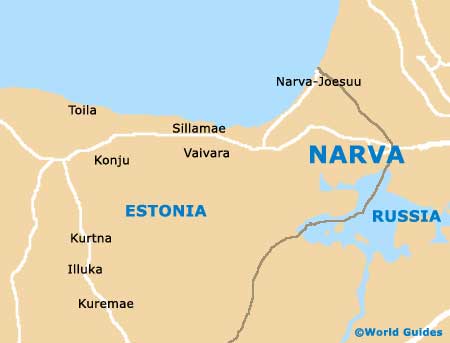