Starting with the Roman invasion in the 1st century, England has a long and rich history that includes a long line of kings and queens and numerous battles. Tourists to England will enjoy the wealth of historic places to visit that include The Tower of London, Westminster Abbey, St. Paul's Cathedral, Stonehenge, Hadrian's Wall, and many prehistoric sights.

Numerous cities of interest include London - the capital of England, steeped in history and offering an abundance of things to do; Bath, a World Heritage city - featuring the ancient Roman Baths and Royal Crescent; Oxford - famed for its university and the Bridge of Sighs; Cambridge - featuring many attractions and a world-famous university; Salisbury - with the breathtaking Salisbury Cathedral, Old Sarum Castle and Old Wardour Castle; Liverpool - now classed as a World Heritage city; York - with York Cathedral and Castle Howard; Leeds - featuring Harewood House; Brighton - including the Brighton Royal Pavilion and much more.


England has a wealth of accommodation to suit all travellers including budget lodging, travel lodges, bed and breakfast and luxury hotels. Some of the most famous London hotels are now iconic landmarks in their own right, residing in vibrant inner-city districts such as Belgravia, Chelsea, Covent Garden, Mayfair and Soho. There are also some very affordable London hostels close to Greenwich, Hyde Park, King's Cross, Notting Hill, Paddington and the O2 Arena (the Millennium Dome).

Places to visit in England are endless and there is something to suit everyone with blue flag beaches, national parks, theme parks, sporting venues, walking trails, museums, landmarks, monuments, festivals, carnivals and quality shopping, including the acclaimed Harrods department store in London's Knightsbridge area. 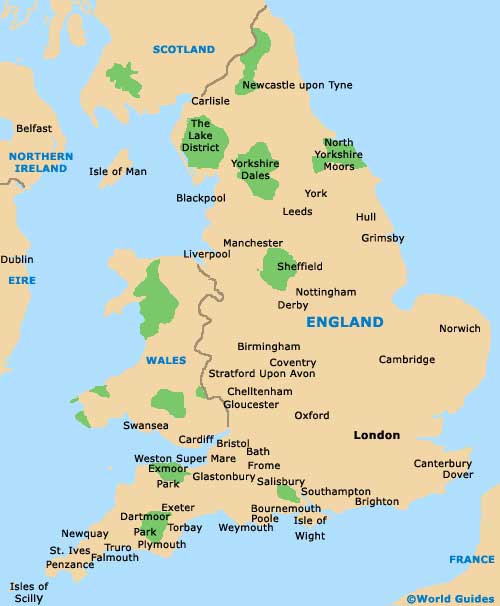