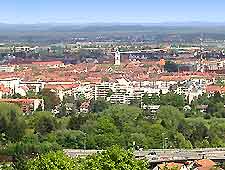 The second-biggest city within the whole of the Bavaria state, Nuremberg (Nürnberg) is a spirited and stimulating city, which tries hard to shake off its definite Nazi legacy and Nuremberg Trials past. Today, the city looks forward and tries to promote itself, its famous sausages, and its tourism wherever possible, by hosting a number of major annual events, such as the magnificent Christmas Market, which draws crowds of literally thousands.

Much of the best sightseeing in the city of Nuremberg awaits within the boundaries of the Altstadt, the Old Town quarter. Highlights here include the pedestrian thoroughfare of the Königstrasse (Ko), the Pegnitz River, and the Altstadt Walking Tours, which covers a circuit of the area and passes the Nuremberg Castle along the way. 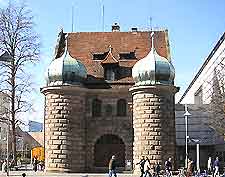 Those looking to visit many of the city's tourist sights should take advantage of the tourism discounts available when purchasing the Nürnberg Card. This discount card offers good savings for those planning to use public transport and visit the many museums and cultural attractions, being available at the Nuremberg Tourist Information Office near to the Hauptbahnhof (train station).

Tourism in Nuremberg is thriving and visitors can expect plenty of quality tourist attractions. For children, the colourful creatures at both the Sea Life Nuremberg and also the Tiergarten (Nuremberg Zoo) will be sure to please all ages. If you are arriving for a local event, concert or conference, it is likely that it will be taking place at either the Meistersingerhalle (Meistersinger Hall), the Arena Nürnberger Versicherung, or alternatively the Staatstheater Nürnberg (Nuremberg State Theatre). 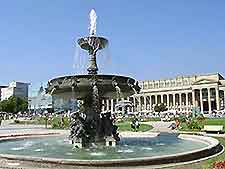 For astronomical information, the Nuremberg Planetarium and its sky simulator will be sure to please, while the torture chamber at the Lochgefängnisse (Dungeons) may be a little gruesome for some. A particularly important green space is provided by the Stadtpark (City Park), which is used by locals and tourists alike. More information about Nuremberg Tourist Attractions.

Around the German city of Nuremberg you will discover a wealth of important local landmarks, such as the outstanding Kaiserburg Castle, which overlooks much of the city. Also important is the historic 13th-century Nassauer Haus, the beautiful Tugendbrunnen (Fountain of Virtue), and the recently updated Frankenstadion (Franconia Football Stadium), where over 45,000 spectators can often be found watching major soccer matches. Perhaps one of Nuremberg's most famous structures, the Lorenzkirche (St. Lorenz Cathedral) dates back to the mid-13th century and offers Gothic-style architecture at its best. More information about Nuremberg Landmarks. 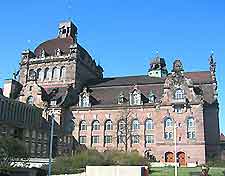 Culture in Nuremberg comes in the form of many popular tourist attractions, the most significant of which are the museums and galleries. Full of information about the region, the Germanisches Nationalmuseum (Germanic National Museum) is the biggest museum of its kind in the whole of the country, while for something completely different, consider visiting Nuremberg's popular Spielzeugmuseum (Toy Museum) with its many toy exhibits and games. Also popular is the Verkehrsmuseum (Transport Museum), the Naturhistorisches Museum (Nuremberg Natural History Museum), the Kunsthalle (Art Hall) and the Neues Museum für Kunst und Design (New Museum for Art and Design). More information about Nuremberg Museums and Nuremberg Art Galleries.

A range of day trips are available for tourists choosing to stay in the Nuremberg area. Particularly popular, many tourists choose to visit the neighbouring cities of Ansbach, Erlangen, Feucht and Herzogenaurach, where historical architecture, universities, museums, sporting venues, beautiful churches and beer festivals await. Further afield and yet still within easy reach of Nuremberg, the cities of Frankfurt Am Main, Munich and Stuttgart are often combined with a holiday in Nuremberg and home to magnificent palaces, acclaimed theatres, enormous shopping centres and sprawling vineyards. More information about Nuremberg Attractions Nearby. 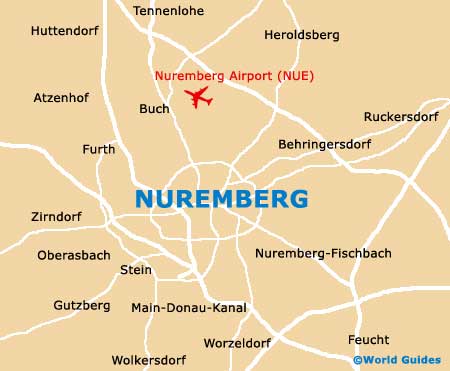