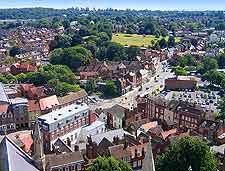 A relatively small Worcestershire city with big appeal, Worcester is famous for many things, such as its porcelain china, its cricket, its relaxing canal trips, and the original Worcestershire sauce - Lea and Perrins. Interestingly, the city is also home to the oldest newspaper in the world - the Berrow's Journal of 1690.

Worcester is a very traditional English tourist destination, being full of historic buildings and surrounded by rolling countryside, stately homes and landscaped gardens. Close by Worcester are two major tourist attractions that really do add to the overall summer tourism appeal. The nearby West Midlands Safari Park is full not only of exotic animals, but also exciting roller coasters and fast rides. Also just a short distance away is Witley Court and Gardens, a palatial Grade-I listed manor house with incredible fountains, managed by the English Heritage and now in ruins, following a devastating fire many decades ago. Details about these attractions and more are readily available at the Worcester Tourist Information Centre, which is housed in the historic Guildhall, on the High Street, in the Lychgate area. 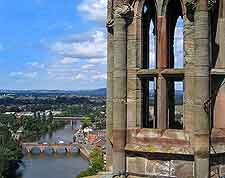 When you first arrive in Worcester, consider joining a walking tour, to learn more about exactly what is on offer during your stay. You may also like to take a cruise along the scenic River Severn, with boats departing from the South Quay and offering impressive views of the riverside skyline. After that, you can choose between a visit to the Worcestershire Cricket Club, the Evesham Vale Light Railway, the Worcester Racecourse or the Spetchley Park Gardens. In the evening, the two leading entertainment venues in the city are the Swan Theatre and Huntingdon Hall, the latter of which is actually a converted church and has become the city's number one concert venue. More information about Worcester Tourist Attractions. 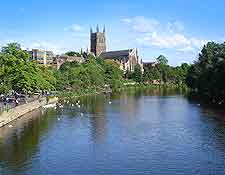 When it comes to landmarks in the city, Worcester Cathedral does rather steal the show, and it is here that King John of Magna Carta fame is actually buried. The cathedral resides alongside the river, where it is possible to climb its perpendicular tower and soak in the outstanding cityscape views from the top. Another noticeable sight piercing the rooftops of the city is the Glover's Needle, which is all that is left of St. Andrew's Church and remains England's second-tallest spire, after only Salisbury Cathedral. Other important buildings both in and around the city include the late 15th-century Greyfriars, Croome Park and Court, and the Commandery, which is known to date from the 12th century and happily shares its stories of the past with daily visitors. More information about Worcester Landmarks and Monuments. 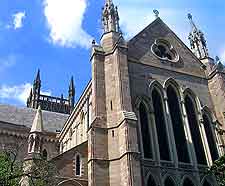 The rich pottery heritage of Worcestershire is ever present within the city's plentiful museums, such as both the Worcester Porcelain Museum and the Royal Worcester Visitor Centre. Not only do these intriguing cultural attractions display many fine ceramics and provide information about how they were once made and used, but also offer the chance to purchase some ornate souvenir china. Located on Foregate Street, the Worcester City Art Gallery and Museum is also very much of note and has numerous interactive displays for all ages, while on Crown East Lane, the Elgar Birthplace Museum recounts the city's strong association with esteemed classical composer Sir Edward William Elgar. More information about Worcester Museums. 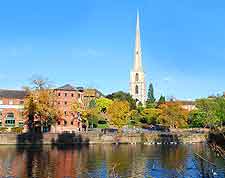 If you have brought your own car to Worcester, then day trips couldn't be easier. Worcestershire and its adjoining counties contain many alluring attractions that cannot help but draw visitors outside of the city. The towns of Bewdley, Evesham, Kidderminster, Leamington Spa and Redditch are all within easy reach and rich in history. A little further away are some epic tourist cities, such as Birmingham, where attractions range from Cadbury World and the National Sea Life Centre to the glitzy Bullring shopping centre and spreading Botanical Gardens. Other prominent cites close to Worcester include Cheltenham and its acclaimed horse racing, Coventry and its glitzy Millennium Place development, and Stratford upon Avon, the home town of William Shakespeare. More information about Worcester Attractions Nearby. 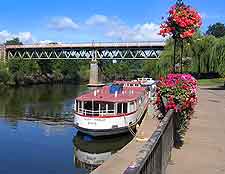 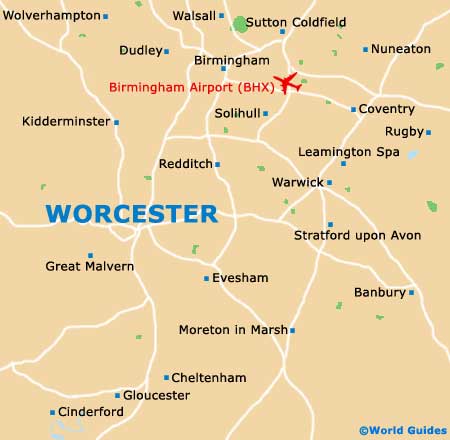