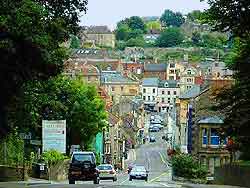 The market town of Frome is full of history and was founded by St. Aldhelm in 685 AD. Frome has always been a prosperous town and gained much wealth from the wool and fabric industry in the 17th century, when the town was actually larger than nearby Bath, and considered more important. Markets have been a major part of Frome history for over 10,000 years and there are still regular markets that are held in the town centre every week.

Frome has a number of tourism outlets in and around the town, including the library, with leaflets also being available in centrally located hotels and attractions, such as both the George Hotel and the Black Swan Arts Centre. The main tourist information office in situated in the old cattle market car park, close to the Bridge and within the distinctive Round Tower building, which was originally an 18th-century drying stove, used to dry dyed cloth and fabric.

This charming town is full of character and has a number of steep, hidden, cobbled streets, with the River Frome winding its way through the centre of the town. Frome is home to more listed buildings than any other town in Somerset, over 350. Attractions include Cheap Street - an ancient street noted for its historic shop buildings and the small stream that runs down the centre; Frome Bridge - built in 1667 and one of only a handful of bridges in the world that are lined with shops actually on the bridge itself; Rook Lane Chapel - regarded as one of the most spectacular buildings in the West Country; the Blue House - known as the Blue School, due to the colour of the school's uniforms; the Merlin Theatre - a unique theatre is built on a steep hillside; and the ECOS Amphitheatre - a number of enormous standing stones that form a semi-circle around the open-air stage area, which was built in 1990. More information about Frome Tourist Attractions and Frome Landmarks. 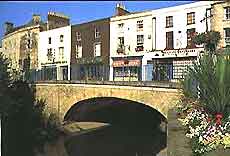 There are also many excellent landmarks, monuments and attractions close to Frome and these include Nunney Castle - a late 14th-century castle situated in the nearby village of Nunney; Cley Hill - a nature conservation area owned by the National Trust; Westbury White Horse - a historic chalk carving on a hillside that dates back to the 18th century; Stonehenge - one of the most remarkable and intriguing monuments in the United Kingdom; Longleat - featuring a large safari park, house, gardens and many attractions for children; Bristol Zoo and Gardens - recently awarded the prestigious title of 'Zoo of the Year'; Stourhead House and Gardens - with some of the most spectacular landscaped gardens in the west country; Prior Park Landscape Gardens - set in a sweeping valley with magnificent views of the city of Bath; the Church of the Holy Trinity - in the rural village of Whatley; Westonbirt Arboretum - containing a world-class collection of trees and shrubs; Weston-super-Mare - a popular seaside town with a famous pier; and numerous small, picturesque villages.

Frome has a number of important festivals and events, with a programme of events that take place throughout the year. Notable events include the Frome Festival, which is an enormous festival at venues across the town and is held every year during the first two weeks of July, attracting thousands of people. With numerous events throughout the Frome Festival, highlights include live music at Marston House, concerts at the Cheese and Grain hall, musical events, a spectacular firework display, a celebrity auction, a series of children's workshops, film events - including screenings at Rook Lane Chapel, family treasure hunts, theatrical performances at the stunning ECOS amphitheatre and at the Merlin Theatre, dancing events, and the World Food Feast, which takes place in Frome town centre and offers free entertainment to the whole community. 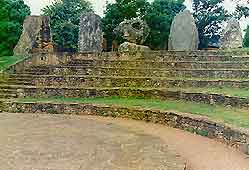 Also of note, the Frome Cheese and Agricultural Show is one of the most important events in this part of Somerset and has been held for over 120 years. This hugely popular agricultural show is now situated on the outskirts of Frome in mid-September, at the West Woodlands Showground, and includes cattle, cheese, crafts, dogs, entertainment, a large flower and horticultural tent, a food marquee, horses, music, poultry, sheep, many trade stands, craft stalls and numerous events throughout the day.

There are many different guided walking tours of Frome and these lead you past some extremely important buildings, offering some of the best possible views of this friendly and surprisingly interesting market town.