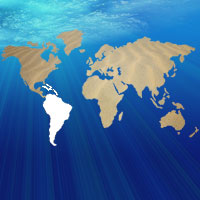 Latin America contains a diverse selection of countries, which are spread amongst three main regions - the Caribbean, Central and South America. With a population now topping 600 million, many residents of Latin America speak either Spanish or Portuguese, often being direct Native American descendants.

After the famous voyages of Christopher Columbus at the end of the 15th century, Europeans began to colonise areas of the Americas, bringing with them their own religious beliefs and lifestyles.

Brazil covers a sizeable chunk of Latin America and this vast country is the continent's largest by far, being edged by the Atlantic Ocean on its easterly coast. Argentina is another important country and lies to the south, where it is also bordered by Bolivia, Chile, Paraguay and Uruguay. Other noteworthy countries include Colombia, Cuba, the Dominican Republic, Ecuador, El Salvador, Guatemala, Haiti, Honduras, Nicaragua and Venezuela. When it comes to tourism, few places in the world can rival the simply mesmerising ruins of Machu Picchu in Peru. 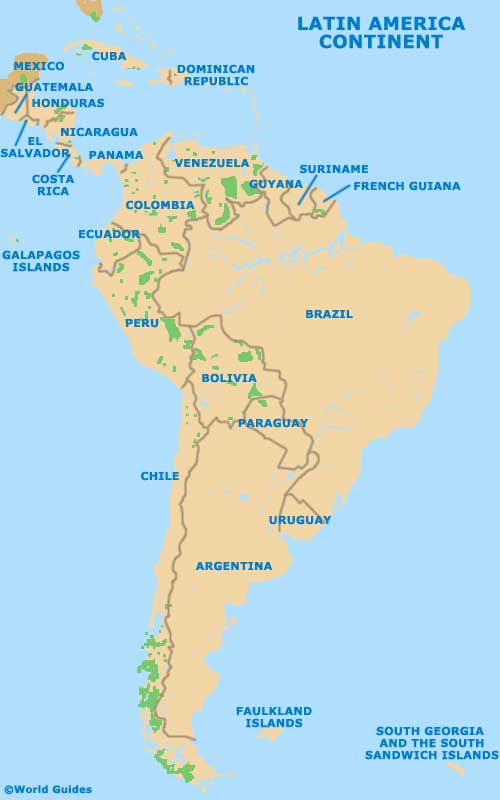