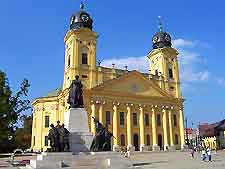 Located on the fringes of Hungary's Eastern Plain, Debrecen is the country's second-biggest city after the capital of Budapest. Debrecen was first settled in the 9th century by the Magyars and today is a true metropolis, offering nothing short of a vibrant atmosphere, a rich Hungarian history and many extremely attractive buildings, overflowing with character.

Various restaurants and bars fill the very heart of the city, around the Inner Town and the Piac Utca, meaning that you will have no problem finding somewhere to eat. For the best shopping, the centrally located Debrecen Plaza will not disappoint, while for tourism advice, Tourinform has tourist information branches at the town hall on the Pica Utca, and also along the Kálvin Tér. 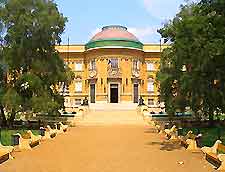 Debrecen contains a reasonable number of notable tourist attractions, with a cluster of sights grouped on the northern side of the Piac Utca. Here you will find the extremely famous landmark that is the Protestant Great Church (Nagytemplom), which boasts twin towers and a hard-to-miss yellow facade. There is also plenty to keep all the family fully occupied and entertained within Nagyerdei Park, where highlights include the Aquaticum water park, the Állatkert Zoo and the fun-filled Vidámpark Amusement Park. Located on the outskirts of Debrecen, the Puszta Forest feels a million miles away from city life and offers nature trails, picnicking and boat hire on Vekeri Lake. More information about Debrecen Tourist Attractions and Landmarks. 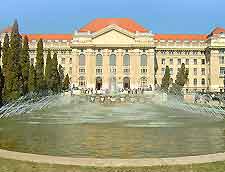 With information about everything from literature and stamps, to history and important artists from Hungary, the museums in Debrecen cover a diverse subject range. The Déri Museum is amongst the most popular and contains numerous important local artefacts, along with some treasures from Egypt and bronze sculptures by Ferenc Medgyessy, a notable Hungarian artist whose works are celebrated at the Ferenc Medgyessy Memorial Museum, alongside the Debrecen Plaza and on the Péterfia Utca. More information about Debrecen Museums and Art Galleries. 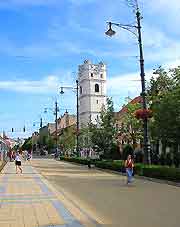 Budapest may be around three hours from Debrecen, but as the Hungarian capital, it is more than worthy of some time. Many tourists choose to combine their time in Debrecen with a short holiday in Budapest afterwards, so that they can enjoy the endless sights along the winding River Danube.

Considerably closer is the westerly Hortobagy Nemzeti Park, which is rich in Hungarian flora and fauna, and is also home to the Pusta Zoo. If you fancy pampering yourself, then check out Hajdúszoboszló, which is best known for being Hungary's largest bathing centre and contains plenty of thermal spas. More information about Debrecen Attractions Nearby. 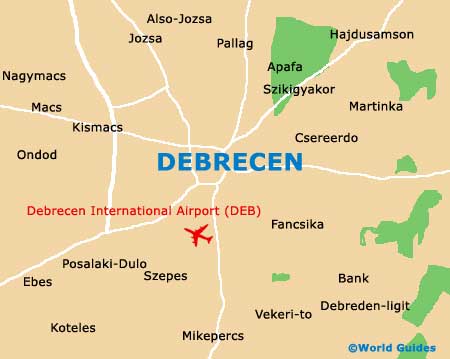