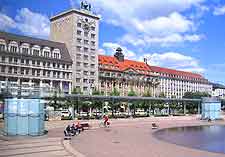 A truly dynamic city where you can expect everything from world-class trade fairs and traditional German dining at its best, to outstanding operas and classical music, Leipzig is also very much a city of culture. Due to its position within the German state of Saxony, Leipzig has become an important transport hub and as such, has attracted many major organisation, which now operate and trade within Leipzig city centre.

Leipzig is a city of rivers and retains much of its historic character, being founded around 1,000 years ago. This is particularly apparent when you pay a visit to the University of Leipzig (home to around 30,000 students), which dates back to the early 15th century and is amongst the most historic universities in the whole of Europe. 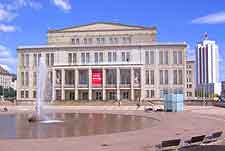 Central Leipzig boasts an array of medieval fortifications and is surrounded by a busy ring road. Tourism is always encouraged here and the city offers a popular discount card scheme, whereby tourists are able to save money when travelling on public transport and visiting the city's many cultural and tourist attractions. The Leipzig Card is available from the city's tourist information centre, on the Richard-Wagner Strasse. 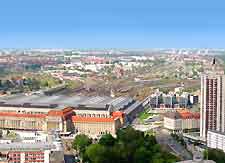 An extremely tourist friendly city with plenty of sightseeing for everyone, Leipzig has much to offer. Many families particularly enjoy a visit to Leipzig Zoo (Zoologischer Garten), which is divided into themed areas and boasts an enjoyable safari train and plenty of educational information. Others may be lucky enough to enjoy a concert at either the Opera House (Opernhaus Leipzig) or the enormous ARENA Leipzig, while for soccer fans a match at the recently updated Central Stadium (Zentralstadion) will be memorable, especially when the stadium is full to capacity with 40,000 spectators. Those with a love of horticulture will be sure to enjoy the colours at the Leipzig Botanical Gardens (Botanischer Gartens), which were first established some 500 years ago. More information about Leipzig Tourist Attractions. 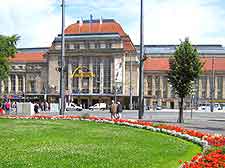 The bustling Market Square (Markt) is also not to be missed, and is home to Leipzig's historic Old Town Hall (Altes Rathaus). Other notable landmarks in Leipzig include the striking New Town Hall (Neues Rathaus), a grand building built in 1905 and boasting around a staggering 600 rooms. Also look out for the Aussichtsturm tower, the enormous Main Train Station (Hauptbahnhof Leipzig), the beautiful 12th-century Nikolaikirche (St. Nicholas Cathedral), and also the Völkerschlachtdenkmal War Memorial, the biggest structure of its kind in the whole of Europe. More information about Leipzig Landmarks. 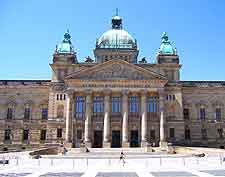 For a taste of culture and information about the city's interesting past, Leipzig is home to many impressive museums, together with a good selection of galleries. Particularly popular is the University of Leipzig's Grassi Museum, which is situated close to the Augustusplatz and comprises three separate museums, the Museum of Applied Arts, the Museum of Ethnology and the popular Museum of Musical Instruments. For Egyptian artefacts and information, the Agyptisches Museum der Universitat Leipzig (Museum of Egyptology) is worth a look, while for city information the Stadtgeschichtliches Museum (Museum of Local History) contains over 200,000 items of local significance. For art lovers visiting Leipzig, both the Museum der Bildenden Künste (Museum of Fine Arts) and the Galerie für Zeitgenössische Kunst (Gallery of Contemporary Art) are worth a look. More information about Leipzig Museums and Leipzig Art Galleries.

Visitors staying in Leipzig will find plenty of tourist appeal outside of the city itself. Nearby, the famous town of Colditz is visited by many tourists, while for families, the neighbouring Belantis Amusement Park and its fast roller coasters offer the perfect day out. Also close to Leipzig, many further sightseeing opportunities are to be found within the cities of Delitzsch, Merseburg and Zwickau, all of which are popular excursions in their own right. More information about Leipzig Attractions Nearby.