The biggest and arguably the most significant of the Nordic countries, Sweden is located on the northern side of Europe, next to Denmark and Norway. Sweden is also situated close to Finland, which lies to the east, although it is largely separated by the Gulf of Bothnia.

There is much more to Sweden than simply its rich Viking past, pickled herrings, Volvo cars and tasty meatballs. This appealing country has plenty to offer tourists keen to explore, with beautiful countryside, endless cycle routes, snowy winters and many buzzing cities. Sweden was also the birthplace of the prestigious Nobel Peace Prize, along with the famous pop group ABBA and the furniture chain IKEA, which was founded in the Swedish municipality of Almhult in 1943.


Sweden is full of truly outstanding highlights, many of which are to be found within its historic towns and villages, such as Eksjo, Lappstaden, Lund, Oland and Sigtuna, the country's oldest town. However, for many it is the allure of Stockholm, the capital city, that is the main draw card in Sweden. Stockholm has grown up around a series of islands, with the Norrmalm area marking its modern heart.

Other much-visited cities in Sweden include Malmo, Uppsala, V&auml;steras and the port city of Gothenburg (G&ouml;teborg), where the second-largest university in the whole of Scandinavia is based. 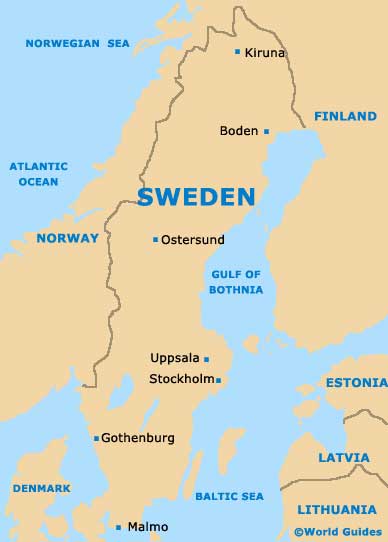