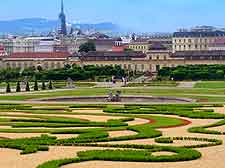 The city of Vienna (Wien) is to Austria what New York is to the USA, glamour, glitz, excitement and a wonderful place to indulge yourself in culture. The circular road of the Ringstrasse is lined with beautiful and at times slightly ostentatious buildings, while tourism is bursting within the Innere Stadt (Inner City) of Vienna, which is brimming with history and should be top of any visitors' itinerary.

This area of Vienna is partly surrounded by the Danube Canal (Donaukanal) and dominated by the Stephansdom (St. Stephen's Cathedral). Many tourist attractions are just a short stroll from the Stephansplatz and this is the perfect place to start your exploration of the city. Tourist information in Vienna is close by, on the Am Albertinaplatz, where the central Tourist-Info Zentrum is located.

Vienna is often described as being at the very crossroads of both the east and west regions of Europe and is famous for being the birthplace of the waltz, the city where Sigmund Freud once worked, and where Austrian cuisine is at its very best. Viennese delicacies and pastries are available at many restaurants around the city and Vienna's very own Apfelstrudel (apple strudel) soon becomes a firm favourite. Holiday makers will find that accommodation is fairly expensive in the city, particularly in and around the Innere Stadt, where hotels, guesthouses (pensions) and self-catering Vienna apartments are amongst the most popular options. 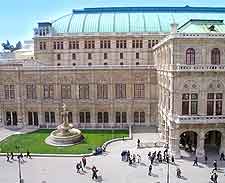 Culture is immediately apparent when visiting Vienna and this is reflected in a number of its sights, such as the University Botanical Gardens, the Schloss Schönbrunn and the acclaimed Vienna State Opera. The Schloss Schönbrunn is a particular favourite with families, since it is actually home to the oldest zoo in existence (the Tiergarten) and comes complete with giant pandas, polar bears, monkeys and rhinos. Many families enjoy spending a day at Vienna's Prater Amusement Park, ascending on the Giant Wheel (Riesenrad), which once featured in the movie, 'The Third Man'. More information about Vienna Tourist Attractions. 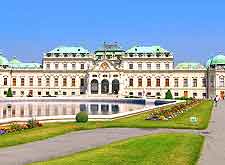 The famed Habsburg dynasty is clearly present around Vienna and in particular, within the beautiful Hofburg (Imperial Palace), a magnificent landmark now used by the government, along with the city's Austrian Parliament Building, near to the Rathausplatz. Equally impressive is the Schloss Belvedere, which actually comprises two individual mansions, separated by a manicured formal garden. Many grand buildings and popular cafes surround the Heldenplatz (Heroes Square) and if you are wandering around in this part of Vienna, then don't miss spending some time in either one of the adjacent parks, the Volksgarten and the Burggarten. More information about Vienna Landmarks and Monuments. 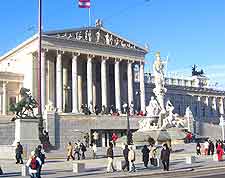 Located in central Vienna and aptly named the Museumsquartier (Museum Quarter), this region is a true concentration of undiluted culture and vibrance. The Leopold Museum is just one of many such attractions and contains countless exceptional paintings by artists such as Austrian painters Klimt and Egon Schiele, along with information about the main artists. Away from the Museumsplatz, the Leopold and also the Museum Moderner Kunst (Modern Art), the Weissgerberstrasse is home to the unique KunstHausWien Art Gallery, which offers nothing short of a fairytale appearance. More information about Vienna Museums and Art Galleries. 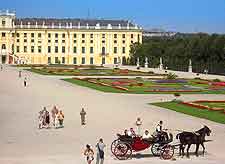 Vienna has so much to offer that it is unlikely that most tourists should ever feel the need to leave the city environs. However, the neighbouring Danube Valley is one good reason to venture outside, and even Slovakia's capital of Bratislava is but a day trip away, as are both the Austria's cities of Graz and Linz, which have long been associated with culture. By train, Graz is around two hours from Vienna and its glorious Old Town is now listed as a World Heritage Site, being filled with street entertainment and celebrations during the summer months. More information about Vienna Attractions Nearby. 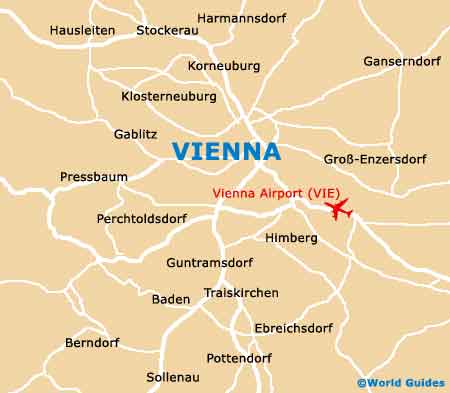