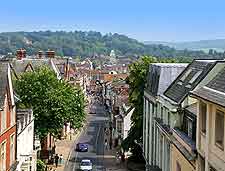 Any Hampshire holiday should certainly include a visit to the unspoilt city of Winchester. Lying in a scenic valley and alongside the River Itchen, the ancient capital city is particularly historic and this is immediately apparent when you begin to explore the streets and learn of its strong associations with King Alfred the Great.

Much of the city centre is dominated by Winchester Cathedral, which is one of England's finest and directly responsible for much of the city's tourism industry. The magnificent Winchester Guildhall on the High Street is another notable landmark and is where the Tourist Information Centre (TIC) is based, appearing more like a palace than a visitors centre. 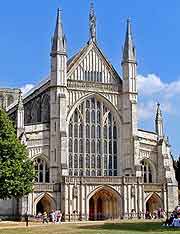 On the recent Channel Four television programme 'The Best and Worst Places to Live in the UK', Winchester was actually voted as the top city. It is easy to see why when you start to sightsee, since there is much to choose between. Tourists often come to Winchester to stroll along its numerous walking trails, such as the Water Meadows Walk and the Riverside Walk. Families regularly choose to visit the Mid Hants Railway and take a steam train ride between New Alresford and Alton, as well as a trip to Marwell Wildlife Park, to see its huge selection of exotic creatures living in spacious themed paddocks. The City Mill appeals to all ages and dates from the mid-18th century, while for a lunchtime picnic, the Cathedral Grounds and Abbey Grounds are the places to come. More information about Winchester Tourist Attractions. 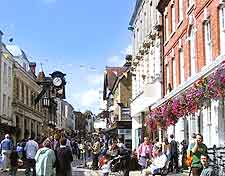 Apart from the cathedral, Winchester contains plenty of further impressive landmarks, many of which are based around the Cathedral Close. Nearby and on College Street, two sights really stand out and these are Winchester College and Wolvesey Castle. The College is an important educational institution and remains the oldest continuously running exclusive public school in England. Built between 1130 and 1140, Wolvesey Castle is quite different and sadly now nothing more than ruins, although these are quite atmospheric and still very impressive. The Hospital of St. Cross is another imposing building with well-preserved medieval Norman / Gothic architecture and landscaped gardens, and this fine Grade-I listed structure is now actually the UK's oldest charitable institution. More information about Winchester Landmarks and Monuments. 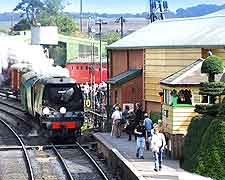 Museums certainly abound in Winchester and there are more here than in many other cities twice the size. The City Museum and Westgate Museum are two of the most popular, although it is the Great Hall of the former Winchester Castle that tends to headline in tourism brochures, since it is home to King Arthur's Round Table, albeit a 600-year-old fake. All the family will enjoy the interactive activities and endless hands-on fun at the INTECH Science Centre and Planetarium, where regular shows, workshops and simulations are the main attractions. Lovers of contemporary art will find that the Winchester Gallery is amongst the best of its kind in this part of England and works with the Hampshire Sculpture Trust to showcase various pieces by local artists. More information about Winchester Museums. 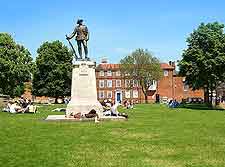 Holiday makers spending time in Winchester will easily be able to fill their days, although with such a huge choice of world-class tourist destinations literally at the city's doorstep, to urge to take day trips is quite understandable, with the shopping cities of Salisbury and Southampton being especially popular and close by. To the south-west, the seaside town of Bournemouth is one attraction that beckons summer tourists, boasting an immense sweeping golden beach, long pier, theatres, seafront restaurants and Victorian parks. Next door to Bournemouth, Poole and its bustling harbour is also within easy reach of Winchester, as is Portsmouth and its seaside suburb of Southsea, where frequent hovercrafts ply the English Channel to reach the Isle of Wight. Also to the south-west is the New Forest and its legendary ponies, which roam freely around the heathlands and even along the roads of Brockenhurst and Lyndhurst. More information about Winchester Attractions Nearby. 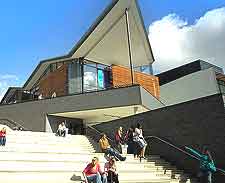 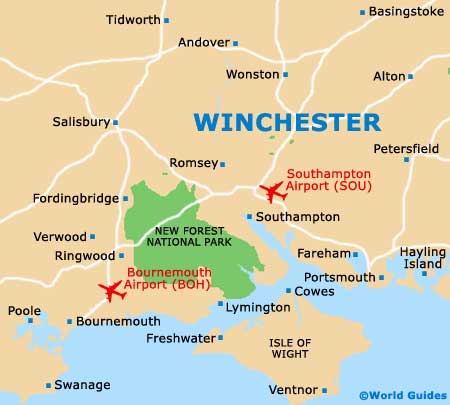