Mysterious stone circles, sleepy villages, historic towns and grand stately homes are the order of the day in the rural county of Wiltshire. There are no really big urban centres here, just an abundance of English history set against the backdrop of the county's rolling chalk hills and fields. It is as easy imagining druids wandering along Wiltshire's lanes as it is picturing crinolined ladies out for their daily constitutional.

When it comes to prehistoric remains, Wiltshire really does excel. Stonehenge is by far the most popular of the bunch and tourists arrive in their droves to admire this circular construction that dates back thousands of years. Less popular, but some would argue more impressive, is nearby Avebury. These stones aren't anywhere near as big, but this prehistoric complex is deemed to be older and less crowded.

The lost-in-time Wiltshire village of Lacock has become a Mecca for film crews, drawn by its pretty cottages and lack of such modern appendages as electric streetlights and telegraph poles. Even traffic has a tendency to stay away from its main street. Some parts of the village are easily recognisable from their starring role in such films as 'Pride and Prejudice' and the 'Harry Potter' series.

Stately homes such as Longleat, the seat of the eccentric Lord Bath, and nearby Stourhead, afford a glimpse into the lives of the wealthy and well-to-do in times gone by. Whilst Longleat has ploughed a distinctly commercial furrow in an effort to make ends meet, Stourhead has adopted a more conservative conservation approach to show off this most stately of homes.

Finally, if you've not had too much history in Wiltshire, there is always the pretty city of Salisbury to visit, with its awe-inspiring cathedral, or Devizes, where it is possible to find out what it feels like to navigate a narrow boat up the Caen Hill Locks, a flight of 29 successive locks on the Kennet and Avon Canal. 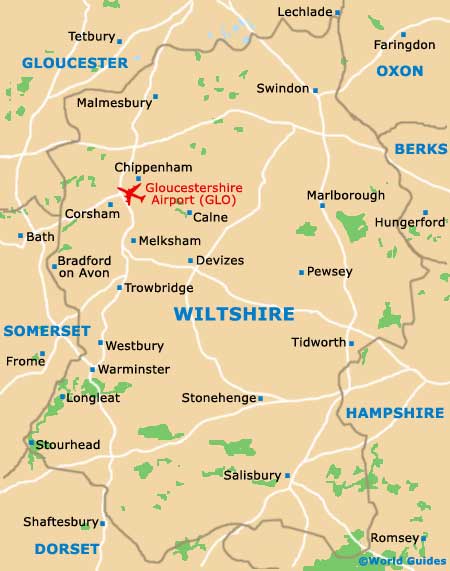