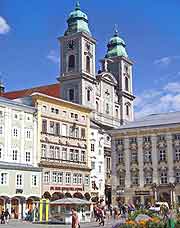 Although Linz cannot quite compete with Austria's two leading tourist destinations of Vienna and Salzburg, Linz has grown to become a large city, with some rather striking modern architecture providing a refreshing flavour. This development of the city has been clearly thought out and the addition of the world-class contemporary art gallery named the Lentos Kunstmuseum has greatly contributed to a rise in tourism levels.

Often nicknamed as the 'Danube City', Linz lies predominantly on the southern side of the River Danube and the public square of the Hauptplatz marks the very heart of the city, being surrounded by various cafes, where you will no doubt get the opportunity to sample the famous local speciality, Linzer Torte. The Hauptplatz was once known as the Adolf-Hitler-Platz, since this German leader was always extremely fond of Linz, and is also home to the Tourist Information Centre and conveniently close to the railway station's Bahnhofplatz. 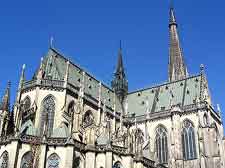 There are many ways that tourists can sightsee and those who purchase the 'Linz City Ticket' will be able to enjoy free entrance to museums and attractions, along with a free ride on the road train, affectionately named the 'City Express'. The Linz City Ticket will also entitle holders to a ride on the Pöstlingberg Tram, which climbs the side of the steep Pöstlingberg Hill, at the top of which you will find the Wallfahrtsbasilika church and the 'Dragon Express' grotto railway. Linz Zoo is another favourite for many and is also to be found on the Pöstlingberg, part way up. When the sunshines, consider an afternoon cruise along the Danube, or a trip to the city's floral Botanical Gardens. More information about Linz Tourist Attractions. 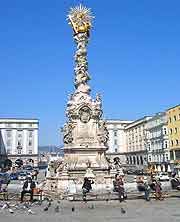 A number of Austrian landmarks punctuate the Linz cityscape and the 19th-century St. Mary's Cathedral is amongst the most impressive, actually being the country's biggest cathedral. St. Mary's has become known as the 'New Cathedral' (Neuer Dom), after taking a little of the limelight away from the city's older, 17th-century Ignatiuskirche. Something quite different is the contemporary Brucknerhaus, a glass-clad waterfront entertainment centre with huge concert halls. More information about Linz Tourist Attractions Landmarks and Monuments.

Although Linz has an undeniable industrial past, in recent years it has gained quite a reputation in the world of culture and the performing arts, particularly along its riverfront 'Cultural Mile' (Kulturmeile). Linz recently gained the prestigious title of European Capital of Culture 2009, an accolade that has proved to be yet another boost for tourism. Information about the city's past is in plentiful supply at the Castle Museum (Schlossmuseum) and within the Military History Collection at the nearby Ebelsberg Castle, while for a true taste of the future, the Ars Electronica Centre and its virtual reality technology will take you on an unforgettable journey. More information about Linz Museums and Art Galleries. 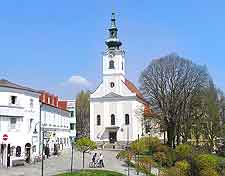 Make time to visit more of Austria and head outside of Linz to explore the region once named 'Southern Bohemia'. Sankt Pölten is just over an hour away and this vibrant city has an interesting Roman heritage. If you are feeling adventurous, then jump on a train and enjoy a scenic journey to either Salzburg or Vienna. These cities are Austria's foremost tourist destinations and less than two hours from Linz by rail. The culture-rich city of Graz is slightly further away, but may also be of interest. More information about Linz Attractions Nearby. 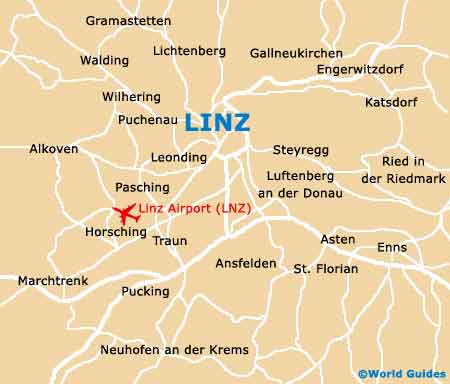