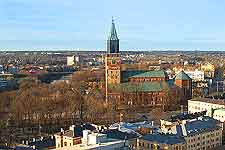 The oldest of all Finland's cities, Turku was actually once the Finnish capital, although is now actually the country's fifth-largest city. Although very few medieval attractions remain in Turku, the city has successfully managed to retain a strong historical character and various archaeological exhibits are to be found within its museums.

Turku's summer months are especially lively and this is a great time to visit the city, when crowds tend to naturally congregate around the banks of the River Aurajoki (Aura), the many boats moored in the very heart of the city, and the lively harbourfront. The central market square of Kauppatori is also a hub of activity in Turku and plays an important part in local tourism and socialising.

Close by and next to the Hansa Shopping Centre (Hansakortteli), the Turku City Tourist Information Centre can be found on the Aurakatu and offers both bicycle hire and free Internet access, along with helpful information about the province of Western Finland. 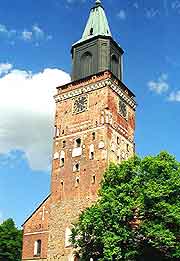 Few sights in the city are more impressive and eye-catching than Turku Castle itself, which boasts no less than two dungeons and dates from the latter part of the 13th century. Equally famous is Turku Cathedral, which ranks amongst Finland's most significant churches and contains many interesting side chapels.

Considered to be a suburb of the city, the island of Ruissalon is easy to reach and home to a zoo, University Botanical Gardens and a renowned golf course. During the summer months, many tourists choose to island hop and enjoy sightseeing cruises, which depart from the central quay alongside the Martinsilta Bridge. More information about Turku Tourist Attractions and Landmarks. 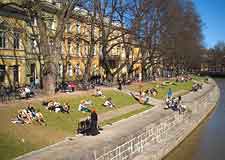 For a spot of culture in Turku, tourists will be treated to everything from concert halls and theatres, to museums and local art galleries. With information about the city's maritime past, the Forum Marimum contains everything from museum ships to torpedoes. For art appreciation, check out the Aboa Vetus, the Ars Nova and the Turku Art Museum (Turun Taidemuseo), where many works originating from Finland and beyond are exhibited. The Wäinö Aaltonen Museum of Art also deserves a look and enjoys a scenic location next to the River Aurajoki. More information about Turku Museums and Art Galleries. 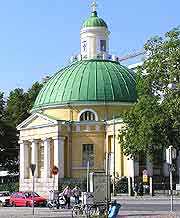 With so much of Finland worth investigating close to Turku, tourists will find it difficult to decide how best to make use of their time. Helsinki is just over two hours from Turku and as the current capital of Finland, does warrant a day or two minimum, while slightly nearer is the lively city of Espoo, second-only to Helsinki in size and offering a host of quality tourist attractions, such as the enjoyable Serena Water Park and the extremely scenic Nuuksio National Park.

If you have time, check out the shopping scene on Tampere's Hämeenkatu, or the city's glorious Tampereen Tuomiokirkko cathedral. There are even ferries to Sweden's capital of Stockholm, which run via the Arland Islands. More information about Turku Attractions Nearby. 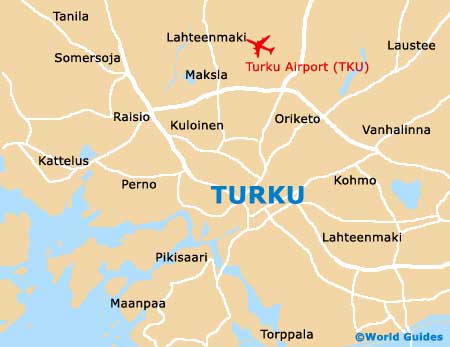