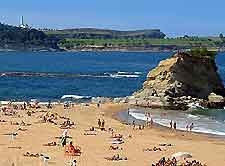 Based around Santander Bay (Bahia de Santander) and next to both the Bay of Biscay and the Cantabrian Sea (Mar Cantábrico), this popular, modern Spanish city is home to a busy port. However, it is the sparkling beaches of Santander that draw the summer crowds, particularly around the elegant beach resort of El Sardinero, where the Playa Primera de El Sardinero is one beach that really stands out from the others.

In 1941, this Cantabrian city suffered terrible fire damage, although pockets of history do remain within its 'old town' area, which has become something of a vibrant tourism district, filled with entertainment. However, Santander does tend to be noticeably more subdued than some of its neighbouring Spanish tourist destinations, such as both Bilbao and San Sebastian.

For the latest in tourist information, check out the Municipal Tourist Office (Oficina Municipal de Turismo) in the Pereda Gardens, of the Paseo de la Pereda and close to the bayfront itself. Further tourism outlets are to be found nearby on the Plaza de Velarde, and also along the Avenida de la Reina Victoria, within the El Sardinero area. 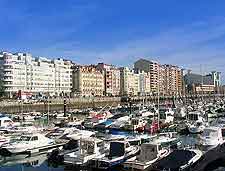 The warm summer months are when Santander is at its most popular and apart from sunbathing on the numerous sandy beaches, many tourists choose to enjoy a cruise around the coastline, or a stroll along the Avenida de la Reina Victoria or the waterfront Paseo Maritimo promenade. Others choose to hang out in Santander's busy fishing quarter, which is known as the Barrio Pesquero and the very best place to find notable seafood restaurants. More information about Santander Tourist Attractions. 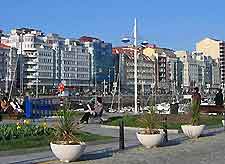 Santander has much to shout about when it comes to historical architecture and landmarks, and really is steeped in Spanish history. The city's 12th-century cathedral is a particular favourite of many a tourist and beneath its floors, the Crypt of Santisimo Cristo is a rather unexpected treat.. The Royal Palace (Palacio Real de La Magdalena) and Pronillo Palace (Palacio de Pronillo) both offer a touch of Spanish opulence in Santander, while the Parlamento Regional de Cantabria is another very important building, being used by the region's parliament. More information about Santander Landmarks and Monuments. 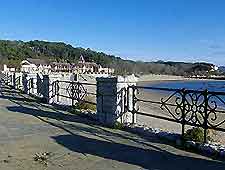 When it comes to museums and historical information, Santander has more to offer than you would likely have time to do justice. Therefore, it will be necessary to prioritise your available time and visit the most appealing. Particularly recommended are Maritime Museum of Cantabria, the Regional Museum of Prehistory and Archaeology of Cantabria, and the Museum of Fine Art, which is best known locally in Santander as the Museo de Bellas Artes and famed for its Neo-classical facade. More information about Santander Museums and Santander Art Galleries. 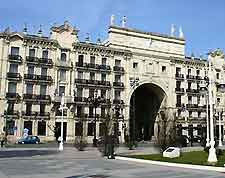 Many tempting day trips present themselves to tourists holidaying in Santander and are often less than an hour away, by road. The seaside village of Castro Urdiales is especially appealing, since its beaches tend to be quieter and less developed than those in Santander. This is also the case within the nearby town of Comillas, where the unmistakable hand of Gaudi is very much present. For something rather different, take an excursion to the El Castillo caves of Puente Viesgo, where some fascinating prehistoric wall paintings await. More information about Santander Attractions Nearby.