A large and important country in Northern Europe, the Republic of Finland lies to the south of Norway, west of Russia and east of Sweden. Although Finland is very much a modern, 21st-century country, many of its cities, towns and villages still boast a rich history and heritage, with plenty of old buildings remaining.

Finland is home to some truly enormous areas of untouched countryside and beautiful natural parks, along with almost 200,000 lakes and many small islands. An increasing number of tourists choose to visit Finland during the winter months, when the famous Northern Lights are clearly visible and Lapland is filled with Christmas festivities.


The warmer summer season is also a busy time in Finland and many people simply enjoy the relaxing recreational activities available at this time of the year, such as fishing, golfing, sailing and swimming. Summer is also a time when numerous international festivals are held, including the Juhannus (midsummer festival) and Helsinki-paiva (Helsinki-day) in June. The long hours of daylight mean that there is always plenty going on, both day and night.

Helsinki is Finland's capital city and is situated on the southern side of the country, next to regions of Espoo and Vantaa. Truly cosmopolitan, Helsinki was founded in the mid-16th century and has been the capital for around 200 years. 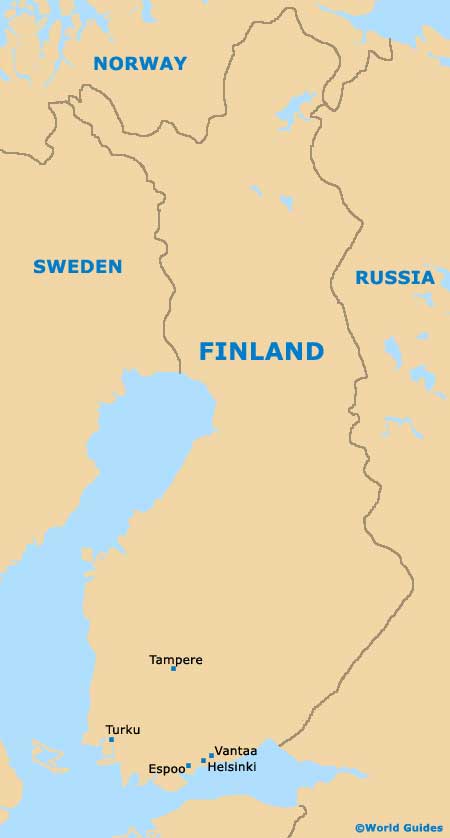