The Republic of Croatia is located within Central Europe, lying to the south of both Hungary and Slovenia, and to the west of Bosnia and Herzegovina, Montenegro and Serbia. The Adriatic Sea borders the western side of the mainland and has become home to some popular beach resorts, whilst being close to a myriad of small Croatian islands, such as Bol, Cres, Hvar and Mljet.

The Croatia of today began its life more than 1,200 years ago, although the country only actually became an independent sovereign state as recently as 1991. There are three main categorised parts of Croatia - the Lowland, Littoral and Mountainish areas. These are further divided into the regions of Dalmatia (Central, Southern and Northern), Hrvatsko Zagorje, Istria, Kvarner, Slavonia and Zagreb.


Zagreb is the capital city and comes with a charming Upper Town and Lower Town, an endless supply of coffee shops, lots of museums, a choice of theatres and many seasonal attractions, with the nearby Jarun Lake being appealing in the summer and Mount Medvednica drawing the winter skiing crowds.

Away from Zagreb, Croatia comes with many further destinations to please tourists. The best of these include the islands around Porec, the Krka National Park, the Makarska Riveriera, the Plitvice Lakes, the medieval towns of Cavtat and Korcula, and the cities of Dubrovnik, Osijek, Pula, Rijeka, Varazdin, Zadar and Split - where the epic Diocletian's Palace dominates virtually everything. 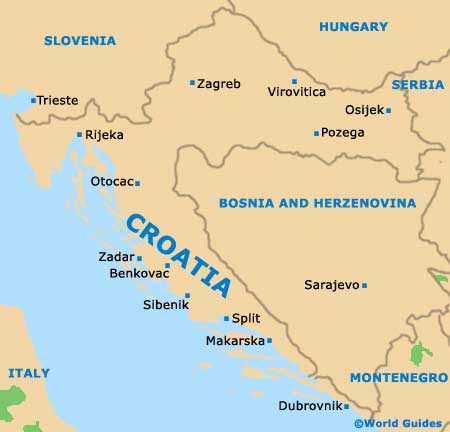