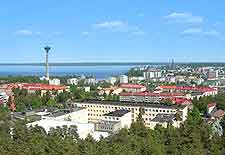 A beautiful and relatively compact city, Tampere lies between both Lake Näsijärvi and Lake Pyhäjärvi, which are connected by the frothing and extremely famous Tammerkoski Rapids. Tampere is a fresh city where many of its industrial buildings and warehouses from the past have been transformed and integrated into the city of today, becoming restaurants, clubs, shops and offices.

During the summer months, the city of Tampere rarely sleeps and enjoys daylight, hours, which last almost through the entire night. Much of Tampere is based around the Hämeenkatu, a prominent and central boulevard, which is lined with shops and forms the very backbone of the city, along with the Central Square (Keskustori).

Tourism has become increasingly important to the city and its hospitality trade, as each year more and more tourists arrive to enjoy the sights, scenery and sailing on the lakes. The Tampere Tourist Information Centre, known locally in Finnish as the Tampereen Kaupungin Matkailutoimisto, remains open throughout the year. 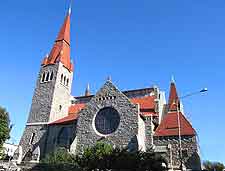 Many of the main tourist attractions around Tampere are quite seasonal, such as the summer cruises around Mustalahti Harbour and the exciting winter sports at the highly acclaimed Hervanta Ski Centre, where skiers and snowboarders alike regularly come during Finland's snowy winters. If thrills are your thing, then the roller coasters at the Särkänniemi Adventure Park (Särkänniemen Elämyspuisto) are not to be overlooked, while if you prefer to take things at a slower pace, be sure to check out the beaches around Lake Pyhäjärvi, which are on the outskirts of central Tampere and suitable for all the family, or alternatively, enjoy a leisurely horse and carriage tour around the city and enjoy the views of Hämeenpuisto Park. Children must simply not miss a trip to the Moomin Valley (Muumilaakso). More information about Tampere Tourist Attractions. 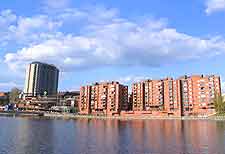 Although Tampere has clearly embraced the world of today, it still retains many historic roots, which come in the form of imposing landmarks and are especially clustered around the Central Square (Keskustori), such as the Town Hall (Raatihuone) and the Palanderin Talo. One of the oldest buildings in the whole city is the Messukylä Church (Messukylän Kirkko), which dates back to the early part of the 16th century and remains in exceptional condition for its considerable age. With glorious Baroque-style architecture and cliff top views, the Näsilinna Palace is now owned by Tampere city itself and regularly hosts a series of exhibitions. However, for the best views of the city, enjoy a meal in the revolving restaurant at the top of the Näsinneula Tower, just one of the many attractions within the Särkänniemi Adventure Park. More information about Tampere Landmarks. 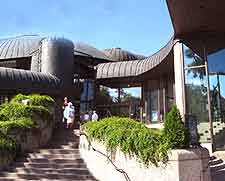 If you are interested in history and culture, then the numerous museums of Tampere will be sure to please and impart much information, particularly those around the Kuokkala area. If you would rather spend your time appreciating fine art, then head to the Mältinranta Art Centre, the Museum of Contemporary Art and also the Tampere Art Museum, which is actually housed within a former granary and is home to some 6,000 different works of art, including many pieces by Finnish artists over the past 200 years. More information about Tampere Museums and Tampere Art Galleries. 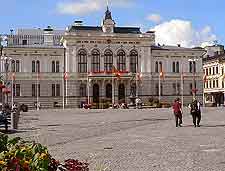 Lying in the Pirkanmaa area of Finland, Tampere lends itself to an array of possible day trips and excursions. If you are a lover of the great outdoors, then a trip to Helvetinjärvi National Park will no doubt be in order, while the nearby town of Virrat also offers an array of recreational activities, including abseiling and hiking. However, if you intend to be one of the many skiers descending upon Tampere in the winter, then both the Himos Ski Centre at Himosvuori, and the Sappee Ski Centre at Salmentaka are just a short distance away and cater for all abilities. More information about Tampere Attractions Nearby.