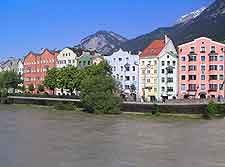 The scenery around the Olympic city of Innsbruck is quite breathtaking and almost everywhere you look you will see distant, snowcapped mountains and a true Alpine landscape. However, when you are strolling around the medieval Old Town (Altstadt) of Innsbruck, the mountains begin to vanish from view and your eyes are drawn to the architecture and shop windows, particularly along streets such as the Herzog Friedrich Strasse, home of the city's extravagant Golden Roof (Goldenes Dachl).

Innsbruck has twice played host to the prestigious Winter Olympic Games, in 1964 and again in 1976. The surrounding mountain range comprises the Alps and also the Tuxer mountains, and in the winter months, becomes nothing short of a skiing Mecca. In fact, you can even ski in the summer on the nearby Stubai Glacier, which stands just a short distance from the south of central Innsbruck.

Many visitors choose to purchase the Innsbruck Card upon their arrival, which provides entrance to museums, free use of buses, and is available from the Tourist Information Office on the Burggraben. For the latest tourism offerings, check out the office's very own newspaper, the 'Innsbruck Hallo!', which even features a good map and plenty of further information, including events listings. 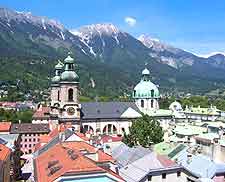 The Alpine scenery around Innsbruck has always been one of the city's biggest drawcards, particularly when it provides such superb skiing. However, during the summer months, there is still much to see around the city, including many mountain creatures at the Alpine Zoo (Alpenzoo), seasonal flowers at the University Botanical Gardens, and some historic medieval architecture, such as the Stadtturm. Also known as the Town Tower, the spectacular views from the top of the Stadtturm are worth experiencing. Alternatively, there is usually something of interest at the OlympiaWorld complex and its Tivoli Neu Stadium. More information about Innsbruck Tourist Attractions. 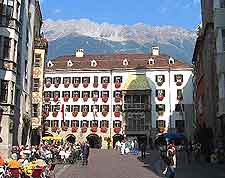 Much of Innsbruck has a noticeable Baroque influence and St. Jacob's Cathedral is one such building exuding this character, as is the Old Federal State Parliament on the Maria Theresien Strasse. The 14th-century City Hall is located close to the University of Innsbruck and is rather medieval in its appearance, as is the city's magnificent Kaiserliche Hofburg Palace. A much more recent addition to the Innsbruck cityscape is the Bergisel Tower, which is perched high above the ski-jump stadium and offers almost overwhelming panoramas as far as the eye can see. More information about Innsbruck Landmarks and Monuments. 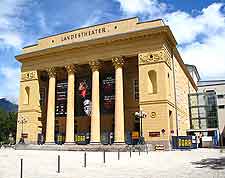 The Tyrol region is very much celebrated within the museums of Innsbruck, where information about the city and its Olympic past is plentiful. Make time to visit the recently extended Swarovski Kristallwelten, where you can see some wonderful crystal creations, displayed in subterranean caves. Also of interest is the Landesmuseum Ferdinandeum and its Gothic statues, the Alpenvereins Museum and its collection of Alpine art, and the Galerie Augustin, where Austrian art is both promoted and displayed. More information about Innsbruck Museums and Art Galleries. 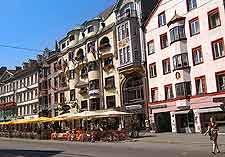 Outside of Innsbruck, the beautiful Alpine scenery really warrants a closer look and there are endless holiday resorts close by. Just minutes to the south is the resort of Aldrans, where summer hiking and winter skiing are the main drawcards. Similar recreational activities attract tourists to Axams, Birgitz, Igls, and also Götzens, which is one of the largest holiday resorts in Austria's Tyrol region and literally minutes from Innsbruck. Ischgl is yet another neighbouring resort and known as much for its amazing 'Top of the Mountain' rock concerts as it is for skiing. More information about Innsbruck Attractions Nearby. 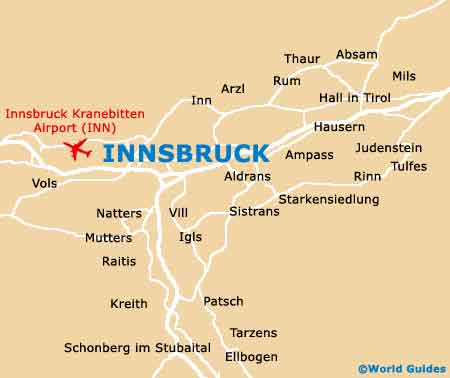