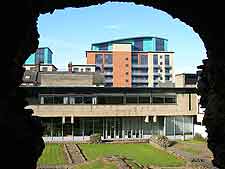 Leicester is a multicultural city filled with attitude, excitement and investment, and is currently enjoying a multi-billion regeneration project. Riding at the crest of an anticipated tourism boom, Leicester is sparing no expense to improve its image and promote not only its new additions, such as its sparkling digital media centre at Phoenix Square, but also its rich Roman heritage.

The recently revamped Highcross Leicester shopping complex and the aspirational Curve Theatre both immediately grab your attention and offer a taster of the new city that is rapidly emerging. To learn more about the city's past, consider taking a walking tour around the Old Town area and in particular the Castle Park area, where the Great Hall of Leicester Castle awaits, along with the medieval Guildhall.

When you first arrive, you may like to pay a visit to the award-winning Tourist Information Centre (TIC) at the Town Hall Square, which has recently been completely refurbished and is a good place to come to book tickets for local shows, and find out what Leicestershire has to offer.

Accommodation in the city features more than a handful of familiar brands, meaning that those who favour the likes of Holiday Inn, Ibis and Travelodge will be well catered for. Cheap hotels are certainly available when secured well ahead of your arrival, although the summer holiday season is understandably a busy time, when rates are known to increase. For a taste of luxury, consider a room at the Mercure on Granby Street, close to the railway station, or the Hilton on Junction Approach, which resides within the south-westerly outskirts, nearby the junction of the M1 and M69 motorways. 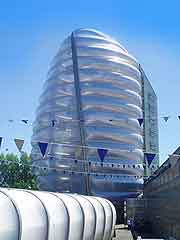 The sheer diversity of tourist attractions in Leicester is immediately apparent as soon as you begin to explore the city. Many visitors now come to the city just to pay a visit to the National Space Centre, which stands alongside the River Soar and boasts the UK's largest planetarium, which is simply known as the Space Theatre. Others prefer to climb aboard one of the Discover Leicester open-top tour buses and take a trip around the city, listening to the entertaining commentary along the way. For a leisurely day out, why not relax at the Abbey Park, take a trip on a steam train to Loughborough on the Great Central Railway, perhaps catch a game of football at the King Power Stadium, and then head to Belgrave Road (The Golden Mile) in the evening, where a proliferation of superb Indian restaurants are to be found. More information about Leicester Tourist Attractions. 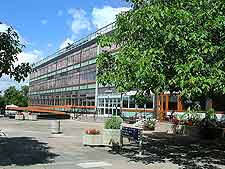 If you are planning a day of history, then there really are some landmarks in the city that are simply not to be missed. The best of these include the Leicester Cathedral (Cathedral Church of St. Martin), which dates from the 12th century and is clearly visible from far away, since its towering spire does somewhat pierce the skyline. Impressive architecture in the city also includes the Town Hall, the Haymarket Memorial Clock Tower, the City Rooms and many buildings within the city's two universities - the University of Leicester and De Montfort University. On the northern side of the city and in the spacious Abbey Park, the ruins of Abbey of St. Mary de Pratis and Cavendish House manage to tell quite a story. More information about Leicester Landmarks and Monuments. 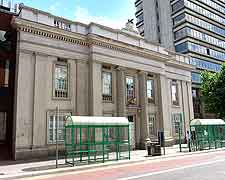 Most museum-type attractions in Leicester offer free admission and tons of local history, making them all the more appealing. The Jewry Wall Museum is certainly one to search out and contains much in the way of ancient Roman treasures, which have been excavated from the adjacent archaeological site. At the Newarke Houses Museum you can learn about some famous locals, such as Thomas Cook, who in the mid-19th century was responsible for instigating early package holidays. Victorian life in Leicester is celebrated at the Belgrave Hall Museum and Gardens, while both the New Walk Museum and Art Gallery, and the City Gallery offer traditional and contemporary art works of a high standard. More information about Leicester Museums and Leicester Art Galleries. 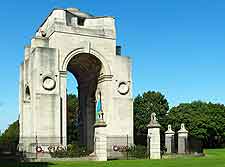 Since Leicestershire has so much to offer, many tourists choose to stay long enough to at least see some of the surrounding attractions. Day trips are popular and include excursions to Belvoir Castle, Calke Abbey, Rockingham Castle and the Bosworth Battlefield. At nearby Peterborough, the Flag Fen (Britain's Bronze Age Centre) is worth seeing, as is the Melton Carnegie Museum at Melton Mowbray, and the castle ruins at Ashby de la Zouch. However, for serious shopping and sightseeing, there are also a number of large cities within reach of Leicester. Birmingham, Coventry, Derby and Nottingham are all roughly one hour away by road and come with wonderful museums and historic sights. In Birmingham, the Bullring shopping centre and the Black Country Living Museum stand out, and in Nottingham, it is the city's fictional connections to Robin Hood that are of particular interest. More information about Leicester Attractions Nearby. 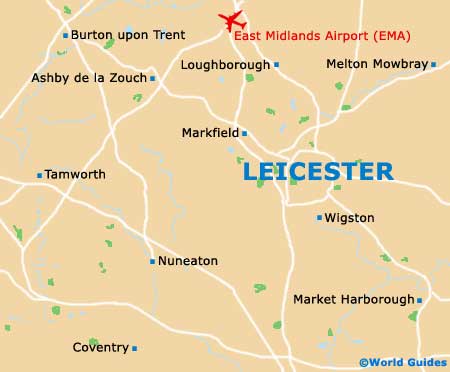