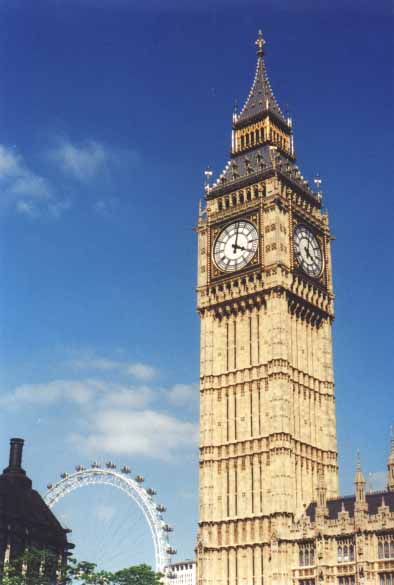 The cosmopolitan city of London is the capital of England and its very name suggests history and grandeur. It is the premier city in Europe in terms of size, population and per-capita wealth. What strikes visitors more than anything about London is the sheer size of this city, spreading across a huge area from its core on the River Thames, which meanders through the city centre, dividing it into northern and southern halves.

The central area and the most important sights, theatres and restaurants are within the London underground train Circle Line on the northern bank of the River Thames. The trendy and tourist-ridden West End of London lies within the western portion of the loop and includes Soho, Trafalgar Square, Piccadilly Circus, Leicester Square and Regent Street. Those without local roots will find this gigantic metropolis surprisingly diverse, and besides English, around 200 different languages are spoken within its confines, and all major religions are represented. At times, London can seem more like a country than a city.

Holiday makers will find that there are tourism centres and kiosks located everywhere in London, together with souvenir shops selling city maps and various guide books. Free leaflets are to be found at the Britain Visitor Centre at Piccadilly Circus, as well as at the official Tourist Information Centres (TIC) at the Liverpool, Victoria and Waterloo railway stations. For up to the minute listings, the inexpensive Time Out London magazine is hard to beat, while the Evening Standard newspaper comes with a handy 'Hot Tickets' events supplement.

Visitors can be reassured that there is an enormous selection of London hotels, with lodging ranging from five-star luxury accommodation to the smaller hotels and bed and breakfast lodgings. Earl's Court is a major centre for inexpensive hotels, but there are other good centres in Bloomsbury and Notting Hill. Less cheap alternatives are Paddington, Bayswater and Pimlico. London Hotels are usually in short supply during the months of July and August, so visitors should always book hotels in this capital city well in advance.

Many trendy London apartments line the banks of the River Thames, particularly around the easterly Docklands, where they are well-connected to the main sights and sounds by the Docklands Light Railway. These trains have served this area since 1987 and provide regular connections to Bank (in the financial district), Beckton, Lewisham, Stratford, Tower Gateway and Woolwich Arsenal, as well as the City Airport.

In Great Britain, London is where the country's news and money is made. It is where the central government resides and is the home of the Royal family. The city of London has an undeniably exciting atmosphere and is full of endless opportunities for entertainment both day and night. Public transport is frequent, although often busy, and includes buses and the London underground train service. Also popular are the famous black cabs, which can be easily hailed.

London museums and galleries - the British Museum, Natural History Museum, Victoria and Albert Museum, Tate and countless other attractions - are some of the finest in the world. Monuments from the capital's glorious past are everywhere to be seen, from the great churches of Sir Christopher Wren to the eclectic Victorian architecture of the British Empire. The major sights - Buckingham Palace, St. Paul's Cathedral, Westminster Abbey, Big Ben, the Tower of London and the British Airways London Eye to name but a few - draw in millions of tourists every year. However, there is still much enjoyment to be gained from the city's more quiet Georgian squares, parks, narrow alleyways and river walks. More information about London Tourist Attractions.

London is served by a number of major international airports, the biggest of which are Heathrow (LHR) and Gatwick (LGW), followed by Stansted (STN). Heathrow Airport is connected to Paddington Station by speedy express trains, while Gatwick Airport is further afield, with frequent coaches travelling to and from Victoria Station. Stansted Airport is reached by a train service from Liverpool Street and has become known for its plentiful budget airlines, such as EasyJet and Ryanair. All of these airports provide a variety of London flights, connecting more than ten million passengers each month with cities throughout the world.

You could spend days shopping in London and buy virtually anything that you want. Sample the delights of the famous stores such as Harrods and Selfridges, and the leading shopping districts, such as Oxford Street and Regent Street, where there are literally miles of wall-to-wall shops. The many markets can also provide a way to see some of the capital's home talent and are a good place to pick up a real bargain, with Petticoat Lane Market in the Middlesex Street area standing out from the crowd. London restaurants are also a big attraction and are comparable to the best of its European rivals. The city offers a wide range of establishments covering all types of cuisine, including traditional food and more contemporary interpretations of British dishes, many of which are highly rated, such as Claridges in Mayfair.