When you leap on a train and say that you are off to London for the day, it would actually be more correct to say that you are off to Greater London. It is a minor point, you might think, but there is a huge difference between the vast sprawling urban area that is bounded by the Home Counties and the tiny City of London itself, also known as the 'Square Mile', which was the original medieval heart of the city and today's heart of British banking.

As a casual tourist, here only for a day or two, it is easy to be overwhelmed by the capital's vastness and the sheer number of landmarks and 'must see' attractions that can be found within its wide-reaching boundaries. There is Big Ben and the Tower of London for a start, not forgetting Westminster Abbey and St. Paul's Cathedral. The daily Changing of the Guard at Buckingham Palace continues to reel in the crowds.

For those cultural moments, London boasts some world-leading museums and art galleries, including the Tate Modern, which is housed within a former power station, as well as the National Gallery on Trafalgar Square. The British Museum looks after a permanent collection of around eight million historic pieces.

Of course, you might not come to London for anything other than a spot of shopping. There is no doubt that when it comes to retail therapy opportunities, London excels on all fronts, from world-famous department stores, such as Harrods and Hamleys, to the high-street stores on Oxford Street and Covent Garden's more niche labels. Vintage enthusiasts, or anyone who just fancies something a bit quirky, can head to the Spitalfields and Portobello markets, which attract tourists and bargain-hungry locals in their droves.

If you are still feeling in awe of the capital, then a 'flight' on the London Eye might be what you need to gain some perspective on this ever-changing city. This giant Ferris wheel, which first opened in 1999, is situated on the banks of the River Thames and is visited by over 3.5 million people each year.

The arrival of the 2012 Summer Olympic Games saw countless major improvements to London and its transport infrastructure, including the erection of the Emirates Air Line cable car system across the River Thames. A huge Olympic Park has been built in a formerly rundown area of Stratford, where many of the sporting contests and the opening ceremony were staged. 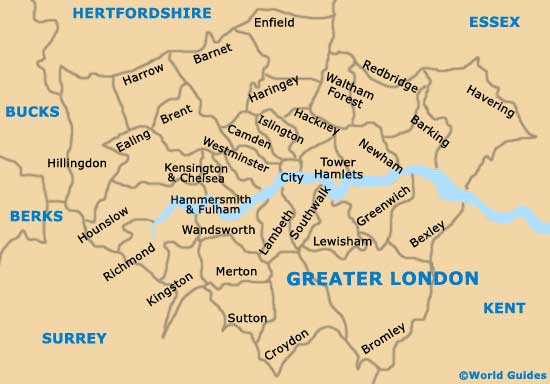