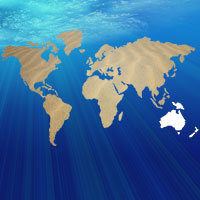 Australia ranks as not only the smallest of all the continents, but it is also the most southerly. The country of Australia forms the biggest landmass, being accompanied by Fiji, the Malay Islands, New Guinea, New Zealand, Papua New Guinea and the Solomon Islands.

Regularly referred to as Australasia and also Oceania, the continent of Australia resides within the Southern Hemisphere and comprises in the region of 10,000 islands, which are all surrounded by the Pacific Ocean. The Commonwealth of Australia (the country) was originally inhabited only by the Aborigines and now has numerous nationalities living here, including many of British and European origin. This huge island is divided into a series of eight states.

Comprising two neighbouring landmasses, New Zealand is another popular country categorised as belonging to the continent of Australia, being situated directly to the east of Tasmania and south of Fiji. Those holidaying on New Zealand often choose to stay for several weeks, hiring a car and exploring the principal towns, extensive coastline and distinctive biodiversity. Wellington has ranked as the capital of New Zealand since 1865 and is known for its extremely high quality of life and undeniable tourist appeal. 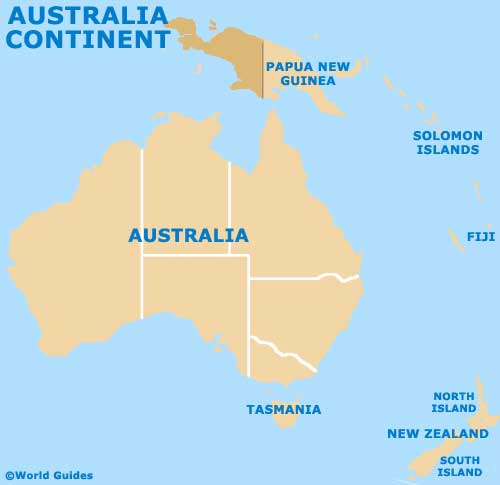