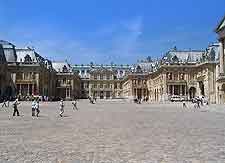 Located just a matter of miles to the south-west of central Paris, Versailles is a prosperous city / 'commune' in its own right, although is generally considered to be a leafy suburb of Paris. Each year, tourists come here in their droves to visit the city's truly wondrous 700-room, 17th-century Palace of Versailles, which must be one of the world's most spectacular palaces.

Tourists from Paris widely consider that the King Louis XIV's Palace of Versailles (Château de Versailles) really is something not to miss under any circumstances and so each year, the château is visited by no less than three million tourists. To avoid the subsequent queues, consider visiting the palace early in the morning and bear in mind that queues tend to be longest on Tuesdays (since many museums in Paris are closed), and also on Sundays. 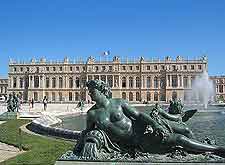 However, do try to make time to visit the city of Versailles itself. The Office de Tourisme (Tourism Centre) is located conveniently near to the palace and on the Bis Avenue de Paris, offering both tourist information and guided tours of the city and palace, all through the week.

Although the simply enormous Palace of Versailles will always be the city's main attraction, being famous for its Grand Appartements and Hall of Mirrors, there are a number of other related sights worth exploring. 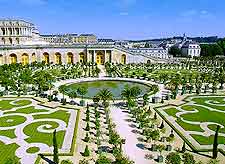 The Palace Gardens (Gardens of Versailles) match the grandeur and splendour of the château in every way, with literally hundreds of fountains, such as the Bassin de Neptune) and a Grand Canal, which is intersected by the Petit Canal to make a cross shape, best explored by rowing boat. Also within the grounds of the Palace of Versailles are the private palaces known as the Grand Trianon and the Petit Trianon, and also Marie Antoinette's Village and its thatched cottages. Away from the palace, both the Arboretum de Chevrèloup and the Désert de Rez Park may be of particular interest. More information about Versailles Tourist Attractions and Landmarks. 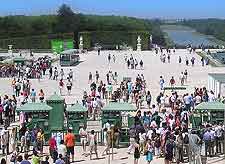 Resembling a giant museum of history in its own right, the Palace of Versailles is overflowing with grandeur and priceless antiques, clearly illustrating the wealth and extravagance of the past French monarchy. The palace's very own Musée de l'Histoire offers a host of information about the royal family and their demise, while close by, the Musée Lambinet is equally impressive and showcases exhibits from the period when King Louis XV ruled France. However, close to Versailles, the museums and art galleries of Paris are some of the world's very best, with the Musée d'Orsay and the Musée du Louvre being two of the very best, the latter of which is home to Da Vinci's Mona Lisa. More information about Versailles Museums and Versailles Art Galleries. 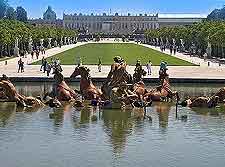 There is no denying that however impressed you are when visiting the Palace of Versailles, the city of Paris will be vying for your attention. Filled with so many iconic landmarks, tourists visiting Paris will be able to marvel at the Eiffel Tower and the Arc de Triomphe, or even spend a day or two screaming on the roller coasters at Disneyland Paris. Alternatively, the town of Fountainebleau is also near to Versailles and is home to its very own palace, the Château de Fountainebleau. Less than an hour from the city, the Fôret de Chantilly is a beautiful forest filled with recreational activities and provides a little respite. More information about Versailles Attractions Nearby. 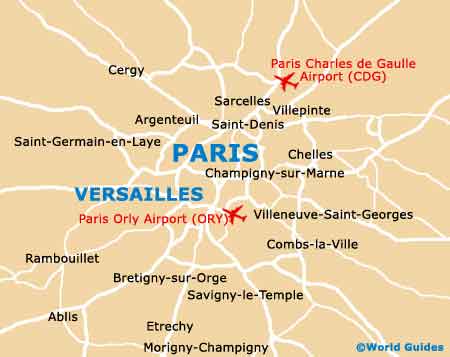