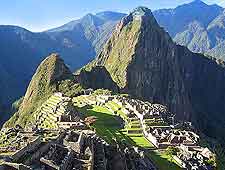 The lost city of Machu Picchu is without question why many visitors travel from far and wide to reach Peru. Machu Picchu is a truly magical destination and this ancient city is shrouded with mystery and surrounded by some incredible scenery, including green hills, mountain ridges, the Urubamba Valley and almost endless views.

Only discovered as recently as the early 20th century, Machu Picchu is known to date back to the middle of the 15th century and was built for the rulers of the Inca Empire, but for some reason, completely abandoned some 100 years later. Voted as one of the New Seven Wonders of the World, this important Peruvian archaeological site is suffering from the impact of its understandable popularity and resultant tourism, and tourist numbers are now limited, with many choosing to reach the attraction by trekking along the famous Inca Trail. 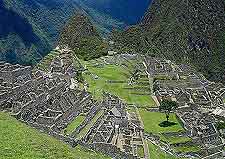 Close by, the small town of Aguas Calientes is a good source of hotels, restaurants and tourist information, and is connected by regular buses. In fact, Aguas Calientes is so near that it often goes by the name of the Machu Picchu Pueblo and is very much a central part of the local tourism scene.

The remains of Machu Picchu themselves are the real highlight of the Urubamba Valley, although all around this famous site are actually further Inca-related attractions. Well worth a look are the Sun Gate (Intipunku), the Inca Drawbridge and also Wayna Picchu, where the views of Machu Picchu are beyond compare. 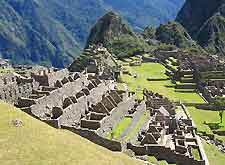 Those who don't have the time or energy to walk the Inca Trail to Machu Picchu will be pleased to learn that there are a number of other less strenuous trails, such as the aptly named 'Shorter Inca Trail', and the popular 'Valley Inca Trail', which runs alongside the Urubamba River. More information about Machu Picchu Tourist Attractions.

With such an incredible Inca heritage, a number of nearby museums provide information about the area's past civilisations. Although there are no museums onsite at Machu Picchu itself, the Museo de Sitio Manuel Chávez Ballón is the nearest and located within Aguas Calientes, being filled with Peruvian archaeological finds. Alternatively, head to Cusco, where there are further museums, such as the Casa Garcilaso and its golden Inca treasures. More information about Machu Picchu Museums. 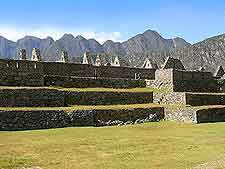 Although most tourists visiting Machu Picchu tend to base themselves either in Aguas Calientes or Cusco, there are a number of additional towns and cities situated relatively close by that also deserve a commendation. These include Ayacucho, Arequipa, Chinchero, Huancayo and Ollantaytambo, the latter of which is famed for its magnificent Inca fortress. Directly to the south-east of Machu Picchu, the pre-Inca ruins of Piquillacta are worth exploring, while if you have the time, head further south and check out Juliaca and the adjacent Lake Titicaca. Peru's capital of Lima and its port suburb of Callao lie to the far west and are often included in a tour of the country. More information about Machu Picchu Attractions Nearby. 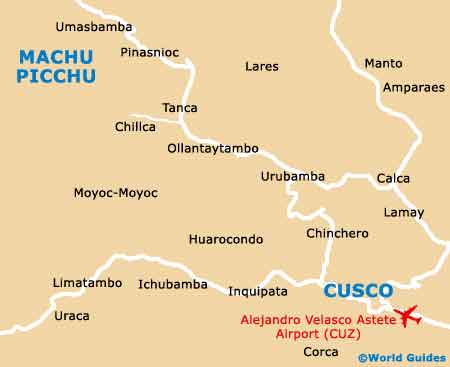