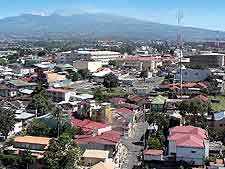 The face of San Jose has changed dramatically over the past century or so, and what was very much a city of agriculture is now a rather cosmopolitan and spreading capital of Costa Rica. San Jose is overflowing with modern office blocks and shopping centres, with only a few small pockets of well-preserved architecture, especially around the Barrio Amon area.

Known by Costa Ricans as 'Chepe', the city of San Jose may not be the most beautiful in the country, but it certainly forms the very heart of the action and worthy of at least a few days. The local markets are full of energy and exciting, the museums in good supply, and the nightlife is very enticing, with dancing lasting well into the early hours of the morning along the Calle de la Amargura and the Centro Commercial El Pueblo. The bars in the Escazu neighbourhood also deserve a mention and are worth a look. For tourist information in San Jose, check out the government-run tourism office on the Plaza de la Cultura, known locally as the Instituto Costarricense de Turismo (ICT). 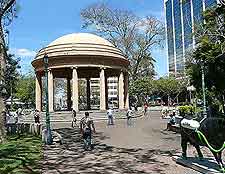 As Costa Rica's premier city, the tourist attractions of San Jose certainly match its status. The Teatro Nacional (National Theatre) offers a calendar of regular shows, while the Mercado Central is a much-recommended market and brimming with quality handicrafts. Families holidaying in San Jose will no doubt favour the exotic animals at the Simon Bolivar Zoological Park, or the wealth of Costa Rican flora and fauna to be found within the Turu Ba Ri Tropical Park. An afternoon explore the nearby coffee farms is also something well worth considering. More information about San Jose Tourist Attractions. 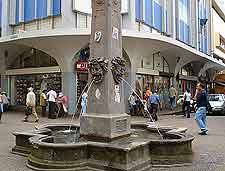 The various plazas and parks within San Jose have certainly added much character to the city an in particular, the Plaza de la Democracia is a popular place to hang out, offering sculptures, market traders and an enviable mountainous backdrop. Although worth checking out is the Plaza de la Cultura, which is full of life and energy, and surrounded by places of interest. San Jose's National Park (Parque Nacional) is a good place to find a little respite and home to an important statue of Juan Santamaria, a much-loved Costa Rican hero. More information about San Jose Landmarks and Monuments. 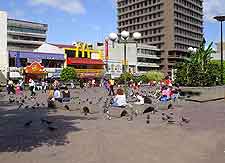 Offering a truly diverse selection of information about San Jose past and present, the city's museums certainly appeal to all ages. The Gold Museum is especially impressive and home to an enormous collection of historical gold treasures, while the National Museum is also of local significance and resides within an old fortress, where it showcases a selection of artefacts found around the Diquis Valley and Costa Rican coast. For the best is Central American art, then the National Centre of Art and Culture should be sure to please, along with both the Museum of Contemporary Art and Design (Museo de Arte y Diseno Contemporáneo) and the Museum of Costa Rican Art (Museo de Arte Costarricense). More information about San Jose Museums and San Jose Art Galleries. 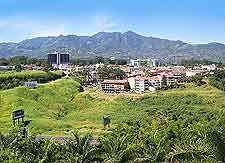 Well connected to surrounding places of interest by regular buses, many day trips present themselves to those holidaying within Costa Rica's proud capital city. Tourists looking to escape San Jose for the day may well like to consider an excursion to Alajuela, Escazu and Heredia, all of which are especially nearby. The sandy beaches of Puntarenas are also within easy reach of San Jose, as are the volcano craters of Turrialba, the nightspots of Los Yoses and San Pedro, and the oceanfront attraction available in the surfing city of Jaco, where giant waves are quite consistent. More information about San Jose Attractions Nearby. 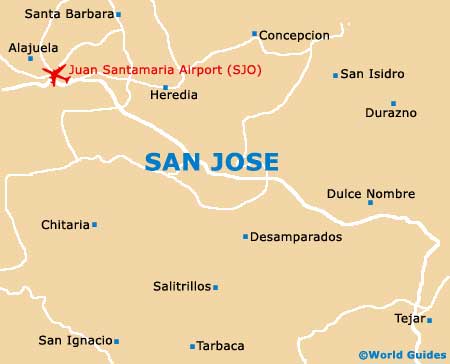