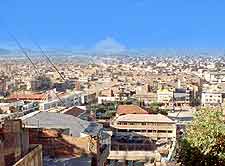 Known for its proximity to Peru's magnificent Lake Titicaca, Juliaca lies within the Collao Plateau and enjoys a relatively understated tourism scene, when compared to that of nearby lakeside Puno. Juliaca serves as a useful base for tourists planning to explore traditional Peruvian villages and features a popular Sunday market, where all kinds of hand-knitted Andean woollen clothing and alpaca goods can be found.

Central Juliaca has much character, provided by the profusion of historical churches and other buildings. Hostales (guesthouses) provide a cheap place to stay and reside around the Plaza Bolognesi (Bolognesi Square), close to the railway station. By night, look out for the penas (bars with traditional folkloric music), which are gathered in the city centre. 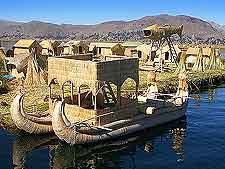 Tourist information is not easy to come by in Juliaca and consists mainly of leaflets in hotels, and so it is advisable to come prepared, with a clear idea of how you are intending to make the very most of your Peruvian adventure, in and around this city.

Relatively close by, the official iPeru tourist information office in Puno, on the Jiron Lima, may be of interest. 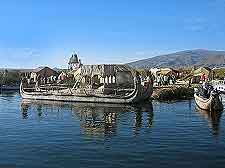 Both the Plaza Melgar and the Plaza Bolognesi are surrounded by attractions, including places to eat, shop and sleep. Each Sunday, the Plaza Melgar quickly fills up with bargain hunters, being the location of a popular weekend market. Nearby and rather dominating the Plaza Bolognesi are the churches known as the Iglesia La Merced and the Iglesia Santa Catalina, which add a central historical character to the square. More information about Juliaca Tourist Attractions. 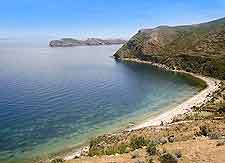 Most people come to Juliaca to see the famous Lake Titicaca, and the city lies just a matter of minutes away from the lake's north-westerly shoreline. Tourists visiting Lake Titicaca will find that pleasure cruises are always a good way to explore the waterfront and offer good views of the lakefront ruins. The Islas Flotantes also deserve to be seen and these floating islands are completely man-made, being best reached from Puno harbour, while other very noteworthy islands include those of Amantani, Suasi and Taquile. More information about Juliaca - Lake Titicaca. 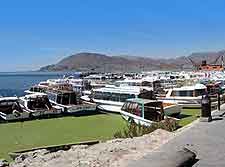 Being located on the far south-easterly side of Peru, Juliaca is a good starting point if you are planning to head northwards and visit a number of different tourist destinations. Those wishing to first explore the region should consider day trips to the cities of Arequipa and Puno, the nearby town of Lampa, the neighbouring village of Chucuito, or the archaeological site of Cutimbo, where you will find traces of past civilisations, such as the Collas, the Incas and the Lupacas. Further afield, the Inca wonders of both Cusco and Machu Picchu lie directly to the north-west of Juliaca and due to their relative proximity, really are a 'must see' for any avid sightseer. More information about Juliaca Attractions Nearby. 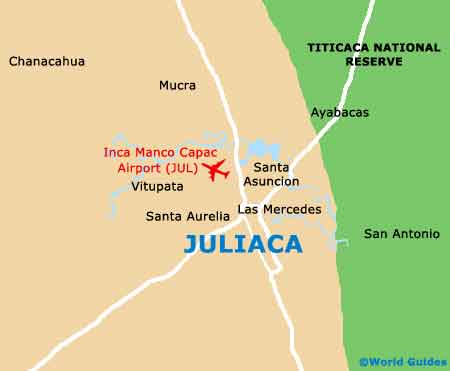