The northern Chinese city of Tianjin is a province all in itself. Like its better-known compatriot Shanghai, this province has had an interesting past, serving variously as a busy port and a foreign concession.

Over the years, Tianjin's former glamour has faded somewhat. It is only relatively recently that the city has sought to rediscover its 'joie de vivre', embarking on an ambitious phase of modern redevelopment and the celebration of its pre-communist past.

The result is that Tianjin has grown to become one of the world's largest artificial deepwater harbours and the third-largest city in China. It embraces an interesting mixture of the old and the new. Tianjin is both the home of one of the fastest supercomputers in the world, known as 'Tianhe-1A', and yet has a surprisingly high number of residents classed as rural, rather than urban.

The same can be said of local architecture. On the city's streets, colonial-style buildings sit right next to contemporary concrete-and-glass high rises. In what used to be the French Concession, there is a sprinkling of chateaux. In what used to be the British Quarter, there is an abundance of mansions. More ancient sights include the Dabei Monastery and the Tianhou Palace.

Architecture aside, modern Tianjin holds its own against other Chinese cities in one area in particular, namely cuisine. The 'Four Delicacies of Tianjin' are renowned throughout China. 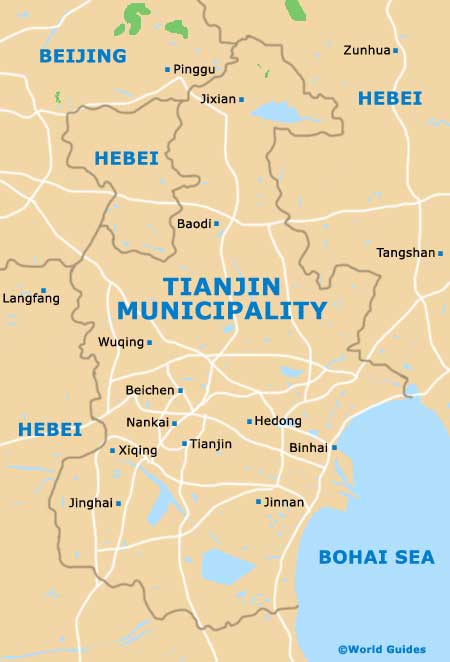