Getting Around, Santander Travel, Transport and Car Rental 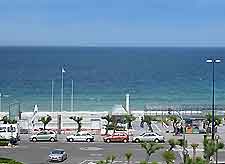 Central Santander is relatively small and although public transport is on hand, most tourists find that the easiest way to travel around and sightsee is simply by foot. Most attractions in Santander city centre and within a walking distance of 15 minutes or so, although if you time is limited, bus transport and taxis are on hand throughout the city, as well as bicycle rental.

If you are planning to use the city bus transport extensively, then do consider purchase a book of ten tickets (Bonobus) from a local Tabaco' shop. Santander is also home to an impressive railway network, allowing day trippers to travel around Cantabria and beyond in just a short space of time. 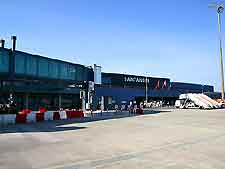 Address: Carretera del Aeropuerto, Maliano, 39600 Camargo / Parayas, Spain, ES
Tel: +34 0942 20 2100
Located just 5 km / 3 miles to the south and within nearby Parayas, Santander Airport is conveniently sited alongside the A-8 Santander to Bilbao highway. Although only a relatively small Spanish airport, this facility has grown dramatically in the past decade and now serves around one million passengers each year. Spainair is the main Spanish airline operating here and offers flights to Madrid, while Iberia Airlines also connect Amsterdam, Barcelona, Gran Canaria, Malaga, Mallorca, Seville (Sevilla), Tenerife and Valencia. No-frills transport is provided by Ryanair, which flies between Dublin, Frankfurt, Liverpool, London, Milan and Rome, amongst other European cities. Taxis and 'Alsa City' bus transport is on hand at Santander Airport and offers a convenient way to travel into the city itself, departing from outside of arrivals. 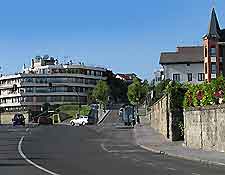 Renting a car or motorcycle in Santander is becoming an increasingly popular mode of transport and suits tourists wishing to explore much of Cantabria. For quick excursions, consider heading along the N623 to Burgos, or the A67 to Torrelavega. Car hire is available at Santander Airport, at the Estación Maritima Los Reginas ferry terminal, and next to the Renfe railway station. 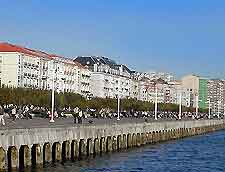 Public bus transport provides a very affordable way to travel around Santander and outlying towns and beaches of Cantabria. Those intending to travel further afield will find that Continental-Auto buses frequently run to Bilbao (one and a half hours), Madrid (five and a half hours) and San Sebastian (three hours), as well as travelling across the French border to Irun. Also on offer in Santander are ALSA (Automóviles Luarca, S. A.) buses, which connect Barcelona, Salamanca, Valladolid and also Zaragoza. 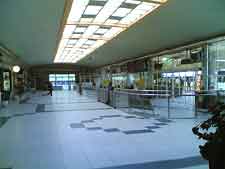 Those heading to Santander from the UK may wish to consider travelling by ferry. Departing from Plymouth at least twice a week between March and November, the ferry journey takes between 18 hours and 20 hours, and has the distinct advantage that you can bring your car along with you and enjoy a meal or two along the way. However, for many, ferry transport is prohibitively expensive.