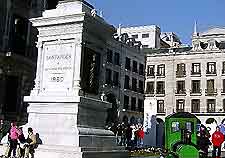 There are so many good reasons why visitors flock to Santander each year, with its endless attractions tending to be at their very best during the summer months. City walks are a good way to get your bearings in Santander and allow you to get close-up to many of its most noteworthy tourist attractions, with no less than five routes being suggested by the local tourist office.

Those wishing to explore the city of Santander really should pay a visit to some of its most colourful neighbourhoods, such as the Barrio Pesquero, where tourist attractions tend to revolve around its thriving fishing industry, and include a selection of quality seafood restaurants. The Paseo Maritimo is a good spot for a walk, as is the Avenida de la Reina Victoria, while for unbeatable coastal views, consider a cruise from the Estación Maritima Los Reginas. 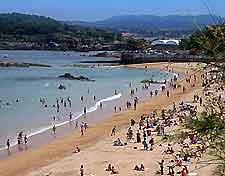 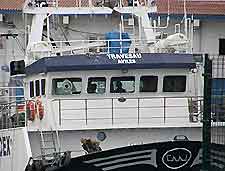 Address: Calle de Marques de la Hermida, Santander, Spain, ES
Tel: +34 0942 21 4050
The city's bustling fish quarter, the Barrio Pesquero was originally sited in the Small Port (Puerto Chico) area. However, when this part of Santander became heavily used by sailing boats, the city's fishing fleet relocated to the Maliano Docks and the fisherman's village known as Poblado de Pescadores. There are many attractions within the Barrio Pesquero, such as the countless seafood restaurants, bars, shops and the summer celebrations held each year on July 16th - on the patron saint's day of the Virgen del Carmen.
Open hours: daily - 24 hours
Admission: free

Address: 6 Calle de Rubio, Santander, Spain, ES
Tel: +34 0942 23 4534
An important city library, the Biblioteca y Casa-Museo de Menéndez Pelayo is now a national monument, museum and home to almost 50,000 different books, documents and artefacts. Once the residence of the Menéndez Pelayo family, this attraction was built in the 1870s and has been managed by the Menéndez Pelayo Society since 1935.
Open hours: Monday to Friday - 09:30 to 16:30
Admission: free 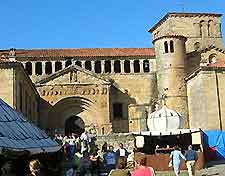 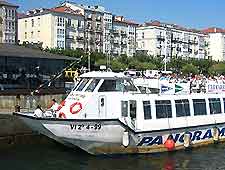 Address: Club Náutico La Horadada - Avenida de la Reina Victoria, Santander, Spain, ES
Tel: +34 0942 27 3013
Address: Los Reginas - Muelle de Calderón, Santander, Spain, ES
Tel: +34 0942 21 6753
Address: Sailtur - 3 Plaza de la Esperanza, Santander, Spain, ES
Tel: +34 0942 21 3989
The coastline of Santander is especially beautiful and really best appreciated from a distance. Boat trips have long been a leading attraction in the city and many boats regularly depart from the Ferry Station known locally in the city as the 'Estación Maritima Los Reginas', running to destinations such as the Playa del Puntal. There are also a number of boat tours of the bay itself and these tend to last around an hour, while a passenger ferry operates throughout the year and links the beaches in the resort of Somo. Also on offer are luxury yacht trips, self-hire motor boats and full-day cruises.
Open hours: May to September - seasonal variations
Admission: charge 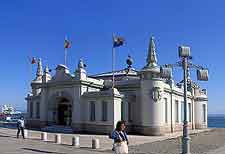 Address: Paseo de la Pareda, Santander, Spain, ES
Literally translated as the 'Small Palace on the Pier', the Palacete del Embarcadero is a good place to come for a trip around the bay on one of the plentiful 'pedreneras' boats. This attraction dates back some 100 years and has served a number of purposes over the years, being used at one point as the city's custom's house. Nowadays, the Palacete del Embarcadero regularly plays house to a selection of cultural events and exhibitions, which are well worth looking out for.
Open hours: July to September, Tuesday to Sunday - 11:00 to 13:30, 18:30 to 21:30; October to June, Tuesday to Sunday - 11:00 to 13:30, 18:00 to 21:00
Admission: free

Address: Calle del Puerto Chico, Santander, Spain, ES
One of the city's most appealing and pleasant attractions, the Paseo Maritimo is the ideal place for an afternoon stroll and links both the Small Port with the main Ferry Station. This scenic promenade is flanked by a number of monuments, sculptures, beaches and places of interest along the way, including the Jardines de Pereda.
Open hours: daily - 24 hours
Admission: free 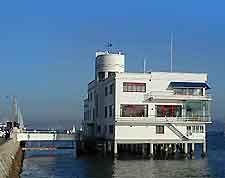 Address: Puerto Chico, Santander, Spain, ES
Tel: +34 0942 21 4050
One of the most distinctive buildings in this part of Santander, the white-washed Real Club Maritimo dates from the 1920s and actually stands in the waterfront of the Puerto Chico, where it is connected by a small walkway. Very much inspired by the yacht clubs of Bilbao, the Real Club Maritimo was designed to resemble a floating ship and onboard, the panoramas of the bayfront are superb.
Open hours: Monday to Friday - 09:30 to 14:00, 16:00 to 20:00
Admission: free