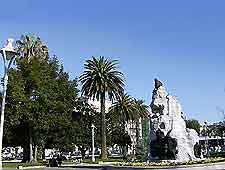 A steady increase for accommodation over the past 100 years has seen many hotels arrive in the spa city of Santander, especially within the El Sardinero (El Sardi) region. In particular, the lodging scene around the very trendy Playa del Sardinero area of Santander has never been better.

Budget accommodation is in especially plentiful supply around Santander's bus and railway stations. However, it is always worth bearing in mind that during the city's low season, a number of the cheapest hotels simply choose to close for this entire period, only re-opening again once the tourist numbers start to increase. 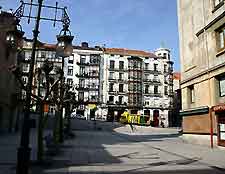 For the cheapest accommodation available in the Santander area, you may well like to consider the Cabo Mayor camping site on the Avenida del Faro, which is close to the Cabo Mayor lighthouse and within minutes of the Playa del Sardinero beachfront.

Budget lodging in Santander also comes in the form of the Pension Coloma on the Avenida de Antonio Maura, and the Pension Real on the Plaza de la Esperanza, both of which are inexpensive hotels, well located and quick to fill up. 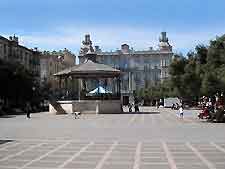 For a little more money, the Hotel Central resides within the very heart of Santander's Old Quarter, on the Calle General Mola, and its terrace rooms on the upper floors boasts spectacular views across the bay. Accommodation in this part of the city has the distinct advantage of being close to the main business and shopping districts, as well as many leading restaurants.

Also overlooking the bayfront and standing directly opposite from the railway station is the Hotel Mexico on the Calle Calderon de la Barca, while the Hostal La Mexicana on the Calle Juande Herrera is to be found near to Santander City Hall. If you are looking for a high standard of accommodation within the El Sardinero area, then do consider staying at the Hotel Sardinero, which is situated on the Plaza de Italia and features sizeable discounts for weekend breaks during the low season.