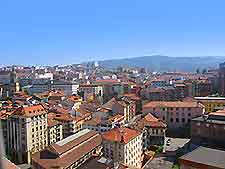 Northern Spain and the Cantabria region in particular are full of quality attractions, with many wonderful places to explore outside of Santander. Day trip attractions within reach of Santander include the neighbouring cities of Bilbao and San Sebastian, although day trips here really do warrant an early morning departure.

Particularly close to Santander are the wonderful beaches and seaside attractions of Castro Urdiales, Comillas and Laredo, and the impressive prehistoric wall paintings of Puente Viesgo. The fishing towns of both Santona and San Vicente de la Barquera are also extremely nearby, as are the outdoor activities of Reinosa, and the medieval gems in Santillana del Mar. 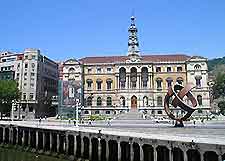 The pulsing city of Bilbao has certainly reinvented itself in recent years and is now really like no other tourist destination in the whole of Spain. The busiest and largest city within the Basque country, Bilbao enjoys a very scenic setting within the hillside of the Vizcaya province, and is to be found around 104 km / 65 miles to the east of Santander. Although Bilbao really does contain an array of enticing tourist attractions, it is the outstanding Guggenheim Museum that draws the biggest crowds, with its stylish contemporary architecture alone being worth a look. The nightlife of Bilbao is also rather legendary, especially around Las Siete Calles, within the medieval Old Town (Casco Viejo). 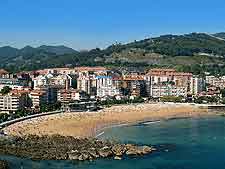 At less than an hour away from Santander (67 km / 42 miles to the east), Castro Urdiales really should be considered as a contender for a day trip. The charming seaside village is at its most alluring during the sunny summer season and features some very attractive coastal views. Castro Urdiales is also home to popular attractions such as the Santa Ana Bridge and the Church of Santa Maria, the latter of which dates from the 13th century. The beaches of Castro Urdiales are fairly quiet and include the Arenillas, the Brazomar and the El Berrón.

There are many good reasons why the attractive town of Comillas really does deserve a visit, including the outlying beaches - the Playa de Meron, the Playa de Oyambre and also Playa del Rosal. As well as the beach attractions, it is the town's modernist palace that attracts the crowds to Comillas. This flamboyant structure is known as the Capricho de Gaudi and was designed by acclaimed Spanish Catalan architect, Antoni Gaudi (1852 to 1926), and now serves as an upmarket restaurant. Central Comillas is full of medieval character and tends to revolve around the Plaza de la Constitucion.

Laredo is only a 30-minute drive from Santander and sits 48 km / 30 miles to the east. This appealing seaside village has become a leading tourist hotspot of Cantabria's scenic coastline and visitors particularly enjoy walking around its historic streets and relaxing on the beaches around the El Puntal area. If you are here late August, the Battle of the Flowers (Batalla de las Flores) is one event not to miss.

Lying just 48 km / 30 miles to the east of Santander and around a 45-minute drive away along the A8 / E70 highway, the fishing port of Santona has become known for its two fortress attractions, which preside over this coastal town. Both the Fuerte de San Martin and the Fuerte de San Carlos can be fully explored and offer impressive views, although many beach-goers simply prefer to head to the sands of the Playa de San Martin, or to the northerly Playa Berria beach. Regular buses connect Santona and Santander, while ferries are available and cross the estuary to the Playa Laredo beach.

Puente Viesgo is an attractive valley town and is located some 30 km / 19 miles to the south-west of Santander, and best reached along the N623 to Burgos. Day trippers come to Puente Viesgo in their droves to visit the outlying cave attractions known as the Ceuvas del Castillo. Here you will find both the La Moneda and El Castillo caves, which boast a series of well-preserved prehistoric wall paintings, together with some rather showy stalagmites and stalactites.

Reinosa remains a very popular town in southern Cantabria and stands some 75 km / 47 miles south of Santander, next to the Campoo de Enmedio municipality and off the N-611 highway. Containing many impressive mansions and magnificent buildings, especially around its central Plaza de Espana, Reinosa is just minutes away from Cervatos and its stunning Romanesque church, the Colegiata de San Pedro. This is also a good spot to make the very most of the recreational attractions on offer within the Cordillera Cantábrica (Cantabrian mountains) 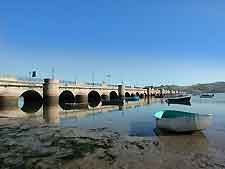 A popular fishing town sited around 62 km / 39 miles to the west of Santander, San Vicente de la Barquera offers a centrally located tourist office on the Avenida del Generalisimo, and many interesting sights worth seeing. San Vicente de la Barquera is home to an especially historical district, where the remains of medieval city walls are clearly visible and the towering 13th-century Iglesia de Santa Maria de los Angeles is hard to miss. The waterfront Parque Municipal and beaches are further highlights, as is the Roman bridge, the coastal caves and the seafood restaurants.

It is all too easy to overlook this medieval gem, even though Santillana del Mar is so close to Santander and in fact, only a mere 33 km / 21 miles away. Strict 16th-century town planning regulations have ensured that Santillana del Mar has taken care to preserve its oldest and most beautiful stone buildings and cobblestone streets. However, whilst the town itself has more than its fair share of historical Spanish attractions, such as its 12th-century Colegiata de Santa Juliana, it is Santillana del Mar's proximity to the famous Cueva de Altamira (Cave of Altamira) that is the main draw card. Now a World Heritage Site, the Cueva de Altamira is filled with Paleolithic rock paintings depicting bison, deer and other animals. 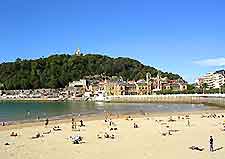 One of the leading attractions within the Basque Country, the city of San Sebastian is just about close enough to make a day trip possible and lies approximately 196 km / 122 miles to the east of Santander. With elegant avenues and many splendid buildings, San Sebastian is a surprisingly sophisticated seaside resort with good surfing conditions, and boasts an enormous number of bars and eateries within its Old Town (Parte Vieja) neighbourhood. Sightseers should look out for the City Hall (Ayuntamiento), Funicular Railway, Naval Museum (Museo Naval), Palacio del Mar (Aquarium) and Port Walls (Murallas del Puerto). Thrillseekers will likely enjoy a day out at the Monte Igeldo Amusement Park (Parque de Atracciones del Monte Igeldo), where many exciting rides and roller coasters await.