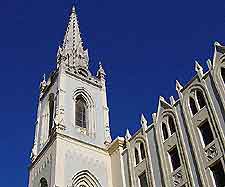 The Spanish city of Santander has managed to successfully retain much history, old landmarks and monuments to the past, in spite of a major city fire some 70 years ago. Few sights in Santander come more impressive that its majestic cathedral (catedral), while other noteworthy landmarks include both the Pronillo Palace (Palacio de Pronillo) and the Royal Palace (Palacio Real de La Magdalena).

Santander is also home to the Regional Cantabria Parliament (Parlamento Regional de Cantabria) and a series of public squares, such as the Plaza del Generalisimo. Another very important landmark in the city is of course the Small Port (Puerto Chico), which is filled with interest and surrounded by beautiful coastal scenery. 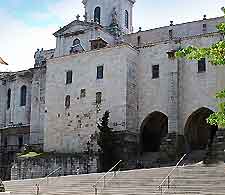 Address: Plaza Obispo Eguino, Santander, Spain, ES
Tel: +34 0942 22 2800
The city's premier religious landmark is without question its glorious cathedral. Construction of Santander Cathedral began during the 12th century and much of the architecture is rather Gothic in its appearance. Step inside the 'catedral' and you will discover a vast interior, which is accessed via the 15th-century cloister, a magnificent altar and some lavishly decorated tombs. The Cripta del Cristo (Crypt of Santisimo Cristo) is even older than the cathedral itself and is located underneath the floor, where it comprises a total of three naves, low ceilings and even some traces of Roman times. Guided tours of both the cathedral and its Cripta del Cristo are available in the summer and come highly recommended.
Open hours: daily - 08:00 to 13:00, 16:00 to 20:00
Admission: free 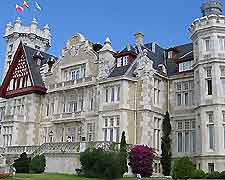 Address: Calle de la Familia Real, Santander, Spain, ES
Tel: +34 0942 27 2650
Serving as the headquarters of the city's very own Menéndez Pelayo International University (Universidad Internacional Menéndez Pelayo), the Palacio Real de La Magdalena was constructed at the beginning of the 20th century. Immediately used by the Spanish royal family as their official summer residence, the palace was refurbished and updated in the seventies, and is now used an a meeting and conference centre. It is believed that the Palacio Real de La Magdalena was actually inspired by Balmoral Castle in Aberdeenshire, Scotland. The grounds are particularly beautiful and since the palace enjoys a somewhat elevated setting, the views are superb, with both Santander Bay and also the Bay of Biscay being clearly visible.
Open hours: daily
Admission: free

Address: Avenida de Cardenal Herrera Oria, Santander, Spain, ES
Tel: +34 0901 11 1112
The Palacio de Pronillo resides within the Ciudad Jardin area and on the westerly side of Santander. Dating as far back as the middle of the 16th century, the Pronillo Palace is known to have been constructed for the wealthy Riva-Herrera family. This rather imposing building is especially medieval in its character and is amongst the oldest landmarks remaining in the city, although it is now very much in need of some serious renovation. Look out for the carved gargoyles in the ancient stone cornice.
Open hours: daily
Admission: free 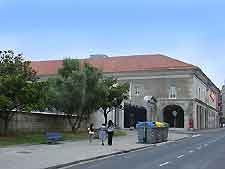 Address: 31 Calle Alta, Santander, Spain, ES
Tel: +34 0942 24 1060
The Parlamento Regional de Cantabria is situated within Santander city centre and this imposing building was once actually home to the hospital of the Marques de Valdecilla University. Completed almost 220 years ago, this landmark later fell into a state of disrepair, before being renovated in the 1980s and used by the regional parliament.
Open hours: daily
Admission: free, tours of the interior must be arranged in advance 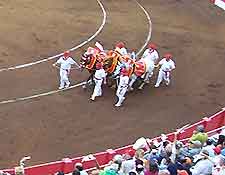 Address: Calle de Jerónimo Sainz de la Maza, Montevideo 6, Santander, Spain, ES
Tel: +34 0942 34 1204
Serving as Santander's bullring, the Plaza de Toros was inaugurated towards the end of the 19th century and has played host to many major bullfights and local events ever since. Conveniently close to the Plaza de México, the Plaza de Toros is at its busiest each July, when the Feria Taurina de Santander (Bullfighting Festival) is staged here. During the sunny Spanish months, a number of open-air concerts take place at the bullring, and usually attract sizeable crowds.
Open hours: Tuesday to Friday - 18:00 to 21:00, Saturday - 11:00 to 14:00
Admission: charge 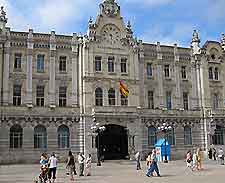 Address: Plaza del Generalisimo, Santander, Spain, ES
The Plaza del Generalisimo is one of the city's most important and centrally located landmarks, since this expansive public square is surrounded by attractions and history. Created in the seventies and now very much a hub of action, the Plaza del Generalisimo square is actually more of a triangle in shape and is known for its bronze statue of Francisco Paulino Hermenegildo Teódulo Franco (1892 to 1975), a notable Spanish military general, after which the plaza is named.
Open hours: daily - 24 hours
Admission: free 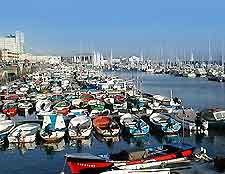 Address: Calle de Castelar, Santander, Spain, ES
The Small Port of Santander is known locally as the 'Puerto Chico' and marks the very centre of the city, standing alongside the bay and next to the Calle Castelar. Connected to the Molnedo Docks, the Puerto Chico is a vibrant part of the city and from its quayfront, boasts some very impressive waterfront views, which stretch as far as the easterly Gamazo Jetty, where the Palacio de Festivales de Cantabria is located.
Open hours: daily
Admission: free