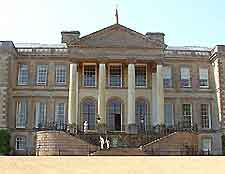 Birmingham's story began as far back as the Bronze Age period of history. The Romans are also thought to have passed through this area, although there's no evidence of a settlement as such. It's not really until the arrival of the Anglo-Saxons that we start to see the beginnings of a small village.

The name of 'Birmingham' is thought to relate to one of its early Saxon inhabitants - it was known as the 'ham' or hamlet belonging to Birm or Beorma.

From the Normans to the 16th Century

A turning point in the city's history came in 1166, when Peter de Birmingham bought the right to hold a market at his castle. It was around this market that a settlement grew up. By the middle of the 14th century, Birmingham had established itself as a fairly large town. Traders came here to buy and sell cloth and metal goods. The castle still remained a dominant influence in the town, helping to set up a religious guild, a new Guildhall and a school.


By the early 16th century, the castle's owner, one Edward de Birmingham, had managed to lose most of his influence. Indeed, he ended up spending some time imprisoned in the Tower of London. On his death in 1538, and with no heir, the manor came into the possession of the Crown. It later passed into the hands of Lord Lisle, Duke of Northumberland. Freed at last from the constraints of its manorial landlord, Birmingham began to flourish.

Home of the Industrial Revolution

From the beginning of the 17th century, immigrants from the surrounding rural villages and hamlets led to a dramatic increase in population. It's thought that the city's population reached 23,000 by 1730, larger even than neighbouring Coventry. Renowned for its metal working industry, particularly nail manufacturing, Birmingham had become an industrialised city in its own right. The urban landscape underwent a radical transformation, with mills, factories and ironworks springing up at a rapid rate. Iron was imported into the city from all over Europe and then transformed into steel.

In the 18th century, Birmingham saw a number of riots, usually related to religious or political disputes. In 1791, the Priestly Riots broke out. Their instigator was the dissenter John Priestly, whose radical ideas did not meet with the approval of the local church authorities, and Priestly was subsequently ordered to leave the town. A military barracks was built soon after to maintain control over the city's inhabitants.

Despite such events in history, Birmingham flourished as a centre for intellectuals and businessmen. The Lunar Society was founded around 1765, bringing to the city many of the era's best scientists, engineers and thinkers. Its members included the likes of Matthew Boulton, James Watt and Erasmus Darwin. Boulton set up a successful toy-making business on Handsworth Heath. Unlike many factories of the day, it used modern mass production techniques, being the first to be lit by gas and considered so unique that factory tours were organised to view the innovations. In 1769, Boulton joined forces with James Watt to build a factory for the manufacture of steam engines. The first Watt engines rolled out of the factory gates in 1776. By 1800, hundreds had been produced, helping to fuel the Industrial Revolution still further. 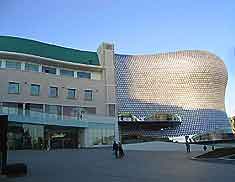 From the 19th Century to the Present

The importance of Birmingham as an industrial city meant that it didn't have to wait long before the arrival of its railway. In 1837, the first trains came to the city from Liverpool. Then, a few years later, a line was built that connected the city's new Curzon Street Station with London. In 1854, the New Street Station was built. When the middle of the 19th century arrived, the city was home to immigrants from all over the world.

By 1889, Birmingham was finally recognised as a city, opening it up to much-needed expansion. Public buildings at this time included swimming baths and libraries, a museum and a university. In 1878, George Cadbury purchased land here and built a self-contained community village. Known as Bournville, the factory produced mainly cocoa. Today, the village is managed by a trust set up by the Cadbury family.