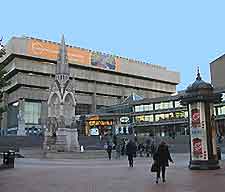 Birmingham is without doubt one of the finest places for dining in the West Midlands and the city boasts in excess of 500 restaurants, which together offer cuisine from all around the world. Some of the most popular eateries can be found around the Bullring, Brindley Place and the Mailbox, as well as within the city's famous Chinese Quarter, on the southern side of the New Street Station.

Many new restaurants are springing up all the time in central Birmingham, along with coffee shops and takeaway bars, particularly around Broad Street and the International Convention Centre.

Of course, the city is especially famous for its curries and Indian Balti houses, and so if you enjoy spicy Indian dining, you will certainly be in your element when visiting the city of Birmingham. Traditional Balti dishes are Kashmiri stews served up in heated metal dishes, with naan bread often used instead of cutlery. The 'Balti Triangle' between Moseley and Sparkhill offers an especially high concentration and encompasses both Ladypool Road and Stratford Road, while the suburb of Balsall Heath is also famous for its plentiful Balti houses. 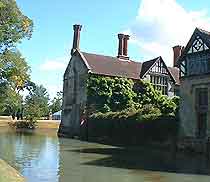 If you intend to eat breakfast outside of your hotel, then Birmingham city centre is the place to come. Located on Pinfold Street, the Victoria Square Cafe stands just down the road from the Town Hall and is known amongst the local student crowd for its all-day fried breakfasts.

Standing on New Street, Pret a Manger opens at 07:30 during the week and serves up popular breakfast baguettes, smoked salmon and scrambled eggs, freshly made coffee and pastries. At the Birmingham New Street Rail Station, the Pallasades Shopping Centre is home to a popular branch of Starbucks, as well as Caffe Gusto and Greggs, where bacon rolls, sausage and baked bean pasties, croissants and even porridge are all served up until 11:00 each day.

Those planning a sit-down meal at lunchtime will find that the pubs and bars within central Birmingham are exactly as you would imagine - busy and catering to a real assortment of patrons, ranging from tourists to local Brummie businessmen. A popular alternative to restaurants, pub grub has become a staple for many workers at lunchtime, with pie and chips, cod and chips, salads, pasta dishes, baguettes and baked potatoes all being popular.

A noticeable concentration of public houses can be found around Brindley Place and Broad Street, with the latter being where you will discover the Brasshouse, the Figure of Eight (Wetherspoons) and the Tap & Spile, which stands next to the canal and dates back some two centuries.

Birmingham offers a number of fast-food restaurants, with fish and chip shops generally being easy to find. If you prefer familiar chains, then consider dining at Burger King on Martineau Place, Domino's Pizza on the Broadway Plaza, KFC and Subway on Bull Street, McDonald's on Cherry Street or Nando's at the Paradise Forum.

Birmingham restaurants generally open their doors for dinner at around 17:30 / 18:00 and stay open until 23:00 or later, particularly on Friday and Saturday nights. Located on Temple Street and close to the cathedral, San Carlo is an award-winning Italian dining establishment, with specialities including Lasagne Emiliane, Pasta Alla Norma and Risotto Agli Scampi.

For something altogether more spicy, check out Ashas on Newhall Street, which has become known for its contemporary Indian cuisine. On Cornwall Street, Opus, Purnells and the Metro Bar & Grill all stand out as recommended restaurants.