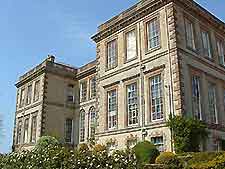 Birmingham is an city to visit at any time of year and has plenty to offer tourists. With ongoing rejuvenation and restoration projects, Birmingham continues to reinvent itself and becomes an increasingly popular destination for tourist. West Midlands weather is typical of English weather and is usually best during the summer, and this is understandably one of the most popular times to visit.


Birmingham is at its quietest from January to mid-March and this is usually the only time when hotels reduce their prices and hotel rates to attract extra more guests.

There are a number of tourist information offices and outlets throughout Birmingham and these provide useful accommodation finding services, transport advice and free maps.

As in any large city, always maintain an awareness of your surroundings and try to blend in and not look like a tourist when visiting Birmingham. Although crime levels are not especially high, look like you know where you are going and be particularly careful with hand baggage. As a sensible precaution, wear a bag or camera across your body and consider using a concealed money belt.

The diverse city of Birmingham is home to a large number of different cultures and most religions have a presence. Many of the churches belong to the Church of England as places of worship for the Anglican faith, although all faiths are always welcome. Newspapers generally list times of services for the main denominations. Birmingham contains numerous cathedrals, chapels, mosques, temples and synagogues.

Most pharmacies are open from at least 09:00 until around 18:00 and supermarkets often have in-store chemists. Birmingham drugstores will often open until 18:00, although some stay open until later, and these usually have a pharmacy counter for dispensing prescriptions.

English is the most commonly spoken language in the Birmingham and the United Kingdom, although regional dialects can vary greatly. The Brummie accent can be quite strong, but is usually easy to understand.

Tipping in Birmingham is quite discretionary, with local taxi drivers usually being given a 10% gratuity or thereabouts - although this is not essential. Many dining establishments often include service charges and these are always clearly stated on the menus, otherwise a gratuity of around 10% is usually expected in recognition of prompt and courteous service. Some hotel staff in Birmingham happily accept a tip of one or two pounds. Generally, no other public service workers in the area expect tips. 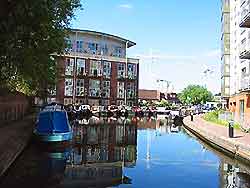 In many buildings and on public transport in Birmingham, rules restrict smoking and this is usually indicated by no-smoking symbols in prominent places. Public houses and bars now operate a complete ban on smoking inside, following the English anti-smoking law of July 2007.

Smoking in Birmingham, and England as a whole, is not as fashionable as it once was, so it is always worth exercising discretion and sensitivity when selecting a place in which to smoke. The best advice would be not to smoke in Birmingham unless others around you do so.

Much business is done over the dinner table in Birmingham and business lunches frequently take place at central restaurants recommended by your host. In most good eateries there will be a comprehensive wine and beer list and tables should usually be booked in advance.

The British love pubs for their informality and social atmosphere. Pubs and wine bars in Birmingham are most often places to meet and be seen, though each has its own standing in the local community, with some being frequented by business people, locals, celebrities and others by visitors and tourists. Most pubs and wine bars in Birmingham are friendly places - if there is a good mix of people you can be sure that it is a good pub, otherwise, just close the door and find another nearby.

One of the most common social customs associated with drinking in English pubs is that of buying a 'round' of drinks when drinking socially with a group. Members of the group take their turn, in no particular order, and as people's glasses empty it is a good idea to reciprocate and offer to buy the next round.