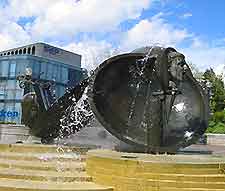 Sightseeing in Birmingham is big business, and there are plenty of quality tourist attractions to choose between. Guided bus tours with entertaining commentary are a good way to learn a little more about what the city has to offer, while walking tours are a little more personal, enabling tourists to ask questions about the attractions along the way. Cruises along the canal are also extremely popular, especially during the summer season.

Not to be missed is a visit to the fascinating attraction known as Cadbury World, which enjoys annual visitor numbers now exceeding half a million. Birmingham tourists flock to Cadbury World all through the year, and whilst this is not a factory tour as such, visitors will be able to find out the history and origins of this famous chocolate and confectionery manufacturer. Close by, why not take a stroll around the Bournville area and admire the fine affordable houses built here over 100 years ago by the Cadbury brothers for their enthusiastic factory workers.

Tel: +44 (0)1225 444102
Open-top hop on / off guided bus tours operate throughout the day at regular intervals in central Birmingham, providing a poular way to sightsee. The tickets allow you to depart at any of the given attractions along the way, and then simply catch the next bus when you are ready to re-join the tour once again. Guided bus and coach tours in the city are operated by several different companies, including the following company.

Tel: +44 (0)1225 477786
The are a number of walking tours around the centre and these provide tourists with a real insight into some of the city's most notable places of interest. Tours are available with the Birmingham Tourist Information centre, and the tour guides are often locals who live close by.

The city has more than 32 miles / 53 km of scenic canals to explore at your leisure. Dating back to the 18th century, these historic canals include the Old Main Line Canal, the New Main line Canal, the Worcester and Birmingham Canal, the Tame Valley Canal, the Birmingham and Fazaley Canal and the Grand Union Canal. With towpaths, many sights and a number of public houses nearby, these canals provide a peaceful oasis, close to busy city life. There are several companies that provide canal cruises, including: 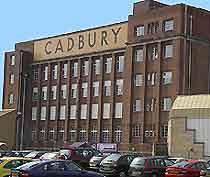 Address: Linden Road, Bournville, Birmingham, B30 2LD, England
Tel: +44 (0)121 451 4159
Cadbury World ranks amongst the most visited tourist attractions in Birmingham and is located in the famous Bournville area of the city. This famous, historic chocolate factory has many true highlights, including a factory chocolate shop, impressive exhibitions, displays - many of which are interactive, a large gift shop and guided tours, explaining the fascinating story of the founding Cadbury family. Bournville Village was built in the late 19th century by the Cadbury brothers and is a pioneering example of a garden suburb. It is advisable to book guided tours at Cadbury World in advance, to avoid possible disappointment.
Open hours: hours vary
Admission: charge, discounts available for children 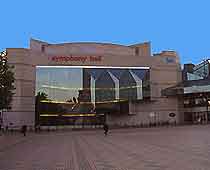 Birmingham is home to a number of excellent theatres, that regularly host Birmingham theatrical productions, dramas, comedies, concerts, operas, workshops and exhibitions. Popular theatres in the city include:

Address: Cannon Hill Park, Birmingham, B12 9QH, England
Tel: +44 (0)121 440 4221
The Midlands Arts Centre (mac) is situated in the Edgbaston area of Birmingham and has become one of city's most important arts centres. With large, spacious studios, regular workshops, an arena, art galleries, exhibition space, a cinema and numerous theatrical events throughout the year, the Midlands Arts Centre also has a number of attractions for younger children, including puppet shows.
Open hours: daily

Address: Church Lane, Bewdley, Worcestershire, DY14 9JY, England
Tel: +44 (0)1299 832834
Mamble Craft Centre can be found in Dudley, close to the outskirts of this spreading city. This group of historic barns dates back to the 17th century and highlights include stunning views, a large gallery area, an exhibition space, numerous demonstrations and period features.
Open hours: Tuesday to Saturday - 10:30 to 17:00, Sunday - 11:30 to 17:30 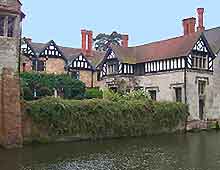 Address: Gas Street, Birmingham, B1 2JT, England
Tel: +44 (0)121 643 2514
Gas Street Basin, in the city centre, is home to more miles of canal than in the watery city of Venice. Once an important port in the heart of central Birmingham, Gas Street Basin is now full of trendy wine bars, restaurants, cafés and entertainment venues.
Open hours: daily

Address: Snow Hill Station, Birmingham, B19 1AA, England
Tel: +44 (0)1789 299866
The Shakespeare Express Train is the fastest steam train in the country and regularly travels from central Birmingham to Stratford-upon-Avon. This beautifully restored train is one of the most scenic and exciting ways to travel to the home of Shakespeare. The journey from the city to Stratford-upon-Avon lasts just over one hour.
Open hours: hours vary
Admission: charge