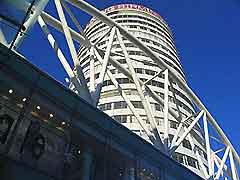 In recent years, the important city of Birmingham has undergone a dramatic transformation and this is still continuing. The impressive business redevelopment has made Birmingham a popular city for shopping, with the new Bullring shopping complex, famous Selfridges department store and Mailbox designer centre standing out. The business rejuvenation of the city's shopping scene also includes the largest retail regeneration project in Europe - Moor Street Station. This Grade II listed station has been restored to its former Edwardian appearance and is now home to the city's large library and numerous shops.

Birmingham continues to plan and build many exciting, modern and stylish business and leisure developments throughout the centre, whilst protecting the glorious, historic architecture nearby. Large leisure complexes, including multiscreen cinemas and tenpin bowling alleys, have proved popular attractions. Other important additions include health and fitness clubs, sophisticated restaurants, cafés, bars and art galleries.


One of the most recent additions to Birmingham's major business developments in The Custard Factory, which is now home to over 140 creative businesses and a vast media and arts centre, which is one of the largest of its kind in the whole of Europe. 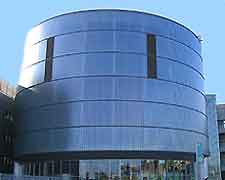 Birmingham has been one of the leading cities for meetings and conventions for many years. Within the city centre there are numerous hotels and venues with large meeting spaces. In particular, the Birmingham International Convention Centre, in the heart of the city, is a striking, modern building that opened in 1991. This vast convention centre regular hosts many sizable world seminars and large events, and features numerous meeting rooms, business centres, conference rooms, auditoriums and general business facilities. The International Convention Centre has been home to the famous G8 Summit meeting of world leaders in the past. Also, on the outskirts of Birmingham, the NEC Arena, which has staged important events such as the Horse of the Year Show, the Clothes Show, Gardeners' World, he BBC Good Food Show and regular concerts, all of which contribute to the popularity and wealth of the city. Other major events include the recent staging of the World Indoor Championships of Athletics, which received much praise.

The main businesses in Birmingham are tourism, retail, hospitality, conventions and entertainment. This is a very busy city, with tourists arriving throughout the year. There are also numerous tourist attractions around the West Midlands and these continue to thrive as the city of Birmingham expands. The hotel industry also reflects the high number of tourists.

Birmingham has certainly grown as an important financial city in the area and on the outskirts are a number of large businesses, including software companies, engineers, law firms, publishers, major corporations and many large office buildings. Further business developments are planned in and around central Birmingham as part of a GBP 6 million investment over the next few years, including a number of new business and leisure experiences which will continue to attract people and ensure that this city continues to grow in both status and popularity. 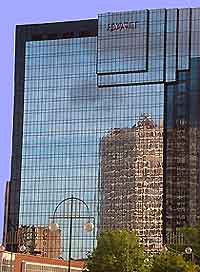 In both dress and manners, locals in Birmingham are fairly formal and normal business courtesies should still be observed. The degree of formality necessary depends upon the actual nature of the business, with financial and legal professions being more formal than computer and media organizations. Many men still wear suits and short sleeve shirts are acceptable in the summer months. Woman may also wear suits, but tend to be more casual in appearance.

Business hours in the Birmingham area are usually from Monday to Friday, between 09:00 to 17:30, although some offices many close slightly later. Many shops are open longer and often throughout the weekends, and some supermarkets are open 24 hours. Banks generally open from 09:00 to 17:00 and larger branches may also open on Saturday mornings.

Working lunches are a popular way to do business in Birmingham and locals are quick to use first-name terms when appropriate. Some exclusive restaurants do have a strict dress code, although most are more informal and a relaxed dress code is acceptable. Drinks or dinner is a popular way to end the hard working week and there are many pubs and wine bars in central Birmingham that are popular with local businessmen and women.

A brief and friendly handshake is usually the customary greeting in Birmingham and generally throughout England. New acquaintances are frequently addressed on first name terms.

Many restaurants in Birmingham have a strict 'no smoking' policy, although some do tend to cater for smokers in different areas. Most offices and businesses are now 'non-smoking' and although the British have neither a positive nor a negative attitude to smoking, it is best to only smoke when in the company of like-minded people.