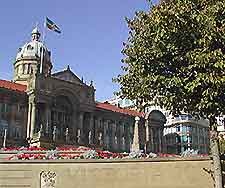 A city of life and culture, the museums of Birmingham add plenty of interest for tourists on holiday. The Birmingham and Midland Museum of Transport (BaMMOT) is especially noteworthy and stands between the Fulford Heath Golf Club and the Kings Norton Golf Club.

Families are strongly advised to pay a visit to the Black Country Living Museum, which lies just outside of Birmingham and comes with a host of rebuilt historical buildings originating from nearby Dudley, Sandwell, Walsall and Wolverhampton.

For railroad memorabilia in Birmingham, the Tyseley Locomotive Works is the place to head, while the antiquities and period rooms at the Soho House Museum offer an authentic flavour of the Victoria era, being filled with tasteful period furnishings. The exhibits at the Chamberlain Memorial Library may also be of interest if you are in the Moseley area.

Address: Chapel Lane, Wythall, Birmingham, B47 6JX, England
Tel: +44 (0)1564 826 471
Located to the south of the city centre, the Birmingham and Midland Museum of Transport was founded in the late 1970s and is home to an enormous of historic vehicles. Highlights here include a large collection of Midland Red vehicles, fire engines, coaches, battery electric vehicles - including milk floats dating back to the 1930s, vintage-bus rides, and exhibitions of photographs, drawings, catalogues, uniforms, bus stops and general transport paraphernalia.
Open hours: Saturday and Sunday - 11:00 to 17:00
Admission: charge, discounts available for children and seniors

Address: 670 Warwick Road, Tyseley, Birmingham, B11 2HL, England
Tel: +44 (0)121 707 4696
The Railway Museum is situated in the Tyseley area, to the east of the city centre and close to the Tyseley Railway Station. With a large number of beautifully restored steam locomotives and interesting railway artefacts, other attractions include a workshop and a gift shop. Since 1999, the railway has provided a popular steam train service between Snow Hill and Stratford upon Avon.
Open hours: daily - 10:00 to 17:00, winter - 10:00 to 16:00
Admission: charge, discounts available for children and seniors 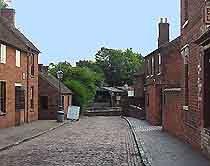 Address: Tipton Road, Dudley, DY1 4SQ, England
Tel: +44 (0)121 557 9643
The Black Country Living Museum is one of the largest and most popular open-air attractions in the area and can be found in the neighbouring town of Dudley, close to the Dudley Golf Club. Visitors to the Black Country Living Museum will find this attraction celebrating the area's rich industrial past from around 100 years ago, with numerous period buildings, a small historic town with shops - including an authentic Victorian sweetshop, a funfair with old-fashioned rides, guided tours of an actual coal mine, narrowboat trips, cafés, picnic areas and a gift shop.
Open hours: daily, March to October - 10:00 to 17:00, November to February - 10:00 to 16:00
(Nov-Feb)
Admission: charge, discounts available for children and seniors

Address: Soho Avenue, Handsworth, Birmingham, B18 5LB, England
Tel: +44 (0)121 554 9122
The popular and award-winning Soho House Museum is set in a stunning 18th-century house, which has been completely restored. Highlights at the Soho House include lavishly decorated rooms, elegant antique furniture, solid silver artefacts, one of the first warm-air heating systems in the country and numerous, temporary exhibitions throughout the year.
Open hours: April to October, Tuesday to Sunday - 11:30 to 16:00
Admission: free

Museum of the Jewellery Quarter

Address: 75-79 Vyse Street, Hockley, Birmingham, B18 6HA, England
Tel: +44 (0)121 554 3598
The Museum of the Jewellery Quarter is situated in the city famous Jewellery Quarter district, close to Key Hill and the Mint, and has won a number of prestigious awards. With many interesting exhibitions about the city's thriving jewellery business in the 19th century, other attractions include guided tours in various languages, demonstrations, a café area and a gift shop, selling a wide range of jewellery actually made at this working attraction.
Open hours: Monday to Friday - 10:00 to 16:00, Saturday - 11:00 to 17:00
Admission: charge, discounts available for seniors, children and families

Address: Highbury Hall, 4 Yew Tree Road, Moseley, Birmingham, B13 8QG, England
Tel: +44 (0)121 235 1678
The Chamberlain Memorial Library, in the Moseley suburb, is set in a grand, 19th-century house, which was formerly the home of Birmingham politician, Joseph Chamberlain. Full of period features, with tremendous attention to detail, and a large collection of books, the Chamberlain Memorial Library has many open days throughout the year. Highbury Park stands next door, should you fancy a stroll.
Open hours: hours vary
Admission: free

Other popular museums close to Birmingham include: