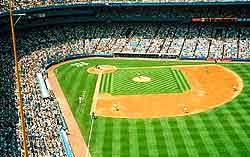 New York has two major league baseball teams, the Mets and the Yankees. Both teams attract a tremendous amount of support in New York and have won many important games. The New York Mets play over 160 games each year, many of these matches are played at the Shea Stadium in the Queens district of New York. The New York Yankees play regular matches at their home stadium, Yankee Stadium in the Bronx neighborhood of New York. 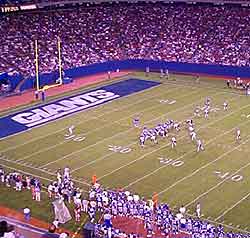 The main tennis event held in New York is the U.S. Open, which is the largest and most imported tennis competition in America. Hosted by the United States Tennis Association (USTA), the U.S. Open is held in Flushing Meadows in the Queens district of New York. This popular New York tennis event attracts the world's top tennis players and champions, competing to win this legendary tennis competition. The match is held every year from late August through to early September and tickets for the major matches sell out quickly. If you are having trouble obtaining tickets, it is often worth persisting as some corporate tickets may be returned on the day of the tennis match.

There are a large number of fitness centers and gymnasiums throughout New York, with some being fairly centrally located in Manhattan. They usually include weights, circuit training, body-conditioning, aerobics and other fitness classes, saunas, steam rooms and a few even have swimming pools. Many hotels also have their own fitness center or access to a nearby gym.

This marathon is a major sporting event in New York and attracts around 35,000 participants ever year, together with many thousands of spectators. The New York City Marathon takes place on the first Sunday is November and runs from Staten Island past many of the main attractions and sights in New York, finally ending up at Central Park's Tavern on the Green.