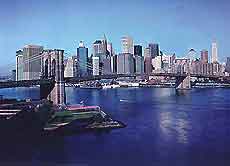 New York is a wonderful city to visit at any time of the year. The city does not really have an 'off-season' and is busy throughout the year. Even in the coldest winter, people flock to New York to enjoy the Christmas festivities and decorations. The quietest time in New York is from January to mid-March and this is probably the only time when hotels reduce their prices to attract more tourists to the city.

As in any large city, always maintain an awareness of your surroundings and try to blend in and not look like a tourist. Look as if you know where you are going and avoid street entertainers who are often clever confidence tricksters - these are often places where you are most likely to have your pocket picked. Thieves are very skilled, so be particularly careful with hand baggage. Wear a bag or camera across your body, or even use a concealed money belt. Sensible rules apply in New York city - do not flash large amounts of cash, hide jewelry or leave it at a safe in your hotel and avoid the less populated subway lines late at night. New York has actually never been safer and crime levels are down compared to recent years. 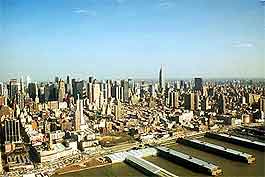 English is the most commonly spoken language in America, but New Yorker's have developed there own version, an 'American English'. This consists of many variations of words, such as 'sidewalk' for pavement and most native New Yorkers tend to speak very fast.

This cosmopolitan city is home to a large number of different cultures and most religions have a presence. Newspapers generally list times of services for the main denominations. The city contains numerous cathedrals, chapels, mosques, temples and synagogues.