New York may well be a city of finance, skyscrapers, theaters and giant department stores, but there are also a number of appealing attractions for children. Founded all the way back in 1896 in Battery Park and then relocated to Coney Island in 1957, the New York Aquarium is a record-breaker, being America's longest continually operating aquarium.

Families may also like to pay a visit to the funfair attractions at Coney Island's Luna Park, or enjoy a ride on the historic carousel within Central Park. If zoological gardens are more your thing, then you can choose between either the Bronx Zoo or the Staten Island Zoo, both of which come with impressive pedigrees. 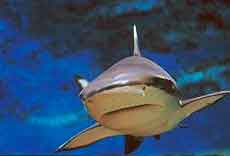 Address: West 8th Street, Brooklyn, New York City, NY, 11224, USA
Tel: +1 718 265 3474
The New York Aquarium in the Brooklyn district is the perfect attraction for youngsters in the city and is full of more than 10,000 specimens of sea creatures, covering some 350 different species. There is a 'touch pool' where children are able to handle starfish and other small sea creatures, and a small amphitheater with regular dolphin and sea lion shows, as well as whales and sharks.
Open hours: Monday to Friday - 10:00 to 17:00, Saturday and Sunday - 10:00 to 18:00
Admission: charge, discounts available for children and seniors

Address: 1000 Surf Avenue, Brooklyn, New York City, 11224, US
Tel: +1 718 265 2100
Situated in the Brooklyn district of New York and formerly named the Astroland Amusement Park, Luna Park took over this site in 2010 and quickly became a popular magnet for both adults and children alike. Visitors will find a number of exciting rides spread around just over 3 acres / 1.2 hectares. These include the Brooklyn Flyer, the Circus Coaster, the Electro Spin, the Wild River and the Coney Tower.
Open hours: April to June, Saturday and Sunday - 12:00 to 18:00; July to September, daily - 12:00 to midnight
Admission: charge

Address: Central Park, New York City, NY, 10019, USA
Tel: +1 212 879 0224
This beautiful carousel ride can be found in Central Park, where it has stood since its installation in 1951, after being relocated from Coney Island. With traditional colorful horses, all hand painted, this historic carousel has been lovingly restored. Interestingly, there has been a carousel on this very spot in Central Park for over 140 years.
Open hours: daily - 10:30 to 18:00

Address: Bronx River Parkway, New York City, NY, 10460, USA
Tel: +1 718 367 1010
New York's Bronx Zoo, also known as the Bronx Wildlife Conservation Society, was opened at the end of 1899 and today attracts more than two million visitors every year. Covering some 265 acres / 107 hectares, this noteworthy children's attraction is the largest urban zoo in America. There are more than 4,000 animals on exhibit, including lions, tigers, bears, gorillas, monkeys, sea lions, exotic birds and many more animals from all over the world. The best way to see the zoological gardens is onboard the Bengali Express Monorail train, which is open from May through to October and provides a 25-minute journey through the 'Wild Asia' area, complete with narration.
Open hours: April to October, Monday to Friday 10:00 to 17:00, Saturday and Sunday - 10:00 to 17:30; November to March, daily - 10:00 to 16:30
Admission: charge, discount available for children and seniors, free on Wednesdays

Address: 614 Broadway, Staten Island, New York, 10310, USA,
Tel: +1 718 442 3101
Staten Island Zoo is full of many exotic animals and also goes by the name of the Clarence T. Barrett Park Zoo. This small but popular attraction is home to an extensive reptile collection, featuring the world's largest group of rattlesnakes. The zoo also features a petting area, where children are able to stroke some of the more friendly animals. Just a short walk away, the Austin J. McDonald Playground may also be of interest.
Open hours: daily - 10:00 to 16:45
Admission: charge, discounts available for children under 12 years old, children three years old and under are free