The sports scene in Las Vegas is quite simply massive and the city is home to many major spectator sports, such as baseball, basketball, American football, ice hockey and motor racing. Numerous important tournaments are held in the city and the prize money can be huge, particularly when it comes to professional boxing.

There are also excellent sports venues in Las Vegas where you can participate in a wide variety of activities, with fitness fanatics making use of the plentiful gymnasiums. Golf is extremely popular with locals and the city is home to over 50 golf courses.

Baseball is one of the popular sports in the city and the Las Vegas 51s are a major team in the Triple-A Pacific Coast League, which is just one step down from Major League Baseball. The baseball season runs from April to August.

The Runnin' Rebels baseball team of the University of Nevada won the national collegiate basketball title in 1990 and many members of this prestigious baseball team have turned into professional sports players. Regular baseball games are held at the Thomas and Mack Sports Center, at the corner of Tropicana Avenue in the city. 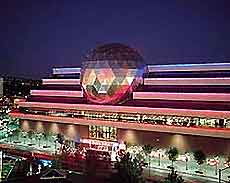 Tenpin bowling is an incredibly popular sport in the city and Las Vegas hosts many major tenpin sports bowling championships. Held four times a year at the Showboat Hotel in the city, the prize money for the winning of a local bowling tournament can be as much as one million dollars. The Castaways Hotel and Bowling Center boasts 106 bowling lanes and this is actually the largest bowling alley in the world.

Held at several of the main hotel casinos, including Caesars Palace, Las Vegas has hosted more championship boxing sports matches than any other city in the world, including many famous fights. The biggest fights in the city tend to take place between September to November. 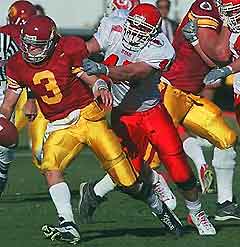 There are a massive selection of well-equipped fitness centers and gyms in the city, with excellent state-of-the-art fitness and weight training, aerobic courses, personal trainers, saunas, solariums, steam rooms, hydrotherapy and massage.

Ice hockey has a large following here. The main ice hockey team in the city is the Las Vegas Thunder, who play in the National Hockey Sports League. Home games are play at the Thomas and Mack Sports Center between October to April and many of the team's players have become professional ice hockey sports players in America.

The Tour of World Skating Championships are held at the Thomas and Mack Sports Center every July. This major ice skating sports event attracts many national champions and Olympic medalists from all over the world.

Las Vegas has three main rodeo event held every year at the Thomas and Mack Sports Center. The National Finals Rodeo is the most spectacular rodeo event in the city and is held during December.

Rugby is one of the popular spectator sports in the city and teams from all over the world compete at the Rugby Challenge, which is held in Freedom Park during the first week of December.

Other popular sports and outdoor activities in Las Vegas include: