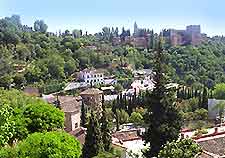 The spectacular Andalusian city of Granada boasts a lengthy history and was both a well-established and well-defended Greek colony some 2,500 years ago. Indeed, it was a part of the Roman Empire by the time of Christ.

After Rome fell, the Visigoths conquered the region, maintaining the city's administrative and ecclesiastic foundation, as well as making it a military bastion. Re-conquered and held for 100 years by the still extant Eastern Roman Empire based in Byzantium, the city began its most glorious era with the Moorish invasion in 711 AD and the creation of Al-Andalus, Moorish Spain.

The sophisticated conquerors built on the declining Roman legacy, repairing, restoring and innovating as they went, particularly in the agricultural sector, where they introduced new practices, irrigation and crops such as apricots and citrus fruits. By the early 13th century, the founder of the great Nasrid Dynasty, Ibn al-Ahmar, had aligned himself with Castile's ruler and formed the Emirate of Granada, establishing its position on the Arab-African gold trading routes. The move ensured the city's prosperity and created vast wealth, enabling the creation of the city's magnificent Moorish architecture, much of which is still visible today. 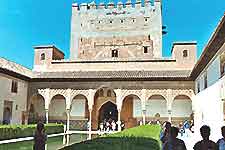 By the late 15th century, the time of the Moors was over, with Granada the last to surrender to Catholic forces, completing the 'Reconquista' of Moorish Spain. At first, Muslims were allowed to practice their faith, but subsequent restrictions ended with compulsory baptism into the Christian faith and a swift exodus to North Africa of the city's Muslim elite. The remaining secret cells practicing Islam were persecuted and executed or exiled if caught. During the 16th century, immigrants arrived from other parts of Spain, completing the re-Christianisation of Andalusia and the destruction of many of the mosques. 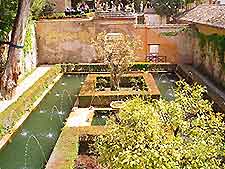 The Reconquista opened the way to the Spanish Empire's exploration and colonisation in the Americas and the rest of the globe, as it unified several kingdoms under the Catholic monarchs Isabella I and Ferdinand II. The vast resources from the colonies enriched Granada and other major cities, with the Spanish Empire being the world's largest by the early 19th century. As a result of colonisation, most contacts and shipping trade between Spain and the Americas were routed through Andalusia, bringing incredible wealth and power to the region and Granada in particular.

Problems in the city and the region began when the ruling Hapsburg Dynasty began to divert wealth to foreign wars, with an outbreak of plague haunting the region for three years during this period. As the Spanish Empire faded, Granada suffered greatly from its loss. From being one of the country's wealthiest cities in 1800, it became the poorest a century later. In the early 20th century, rumour of its glories introduced tourism to the city, hindered for a while from the 1930s by the Spanish Civil War and WWII. Recovering later in the last century, Granada and its superb culture and heritage are now a focus for business and commerce, with the city having become one of Europe's favourite visitor destinations.