Granada Weather, When to Go and Climate Information 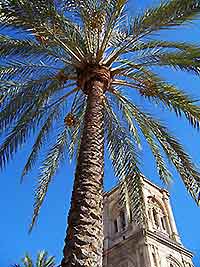 The weather and climate in Granada is extremely sunny, warm and enjoyable, with mild winters and hot summers. Typical of the Mediterranean, Granada's stunning weather, combined with its scenic locations, make this part of Spain an extremely appealing place to visit.

Spring is a particularly alluring time of the year in Granada, when the temperatures begin to rise and the sunny weather starts to attract tourists. Night times are still on the chilly side at this time of year, with occasional frosts in early spring, during January and February, although by March, April and May, the hot summer weather and climate is clearly on the way.

With leaves bursting and flowers blooming, spring in Granada is a particularly exciting and memorable time, when temperatures are almost perfect, hovering around 15°C / 59°F. 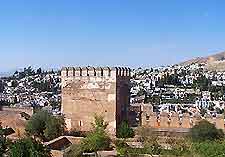 Featuring constant sunny weather from June to September, summer in Granada is hot, although this is generally a dry heat and not humid. Temperatures average around 25°C / 77°F, although during July and August, the climate can become extremely hot, peaking at 40°C / 104°F, when afternoon siestas are very much the order of the day.

Many of Granada's main outdoor festivals, fiestas, carnivals and concerts are held during the hot summer weather, when the evenings are particularly mild and light. Occasional rainy weather and heavy showers are not unheard of during the summer in Granada, although these are usually short-lived and disappear as quickly as they arrive. 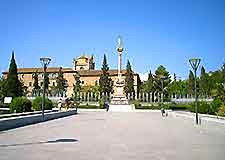 The autumn weather and climate in Granada is pleasant, with average temperatures of 20°C / 68°F in September and 15°C / 59°F in October. A popular time of year to visit, autumn in Granada brings a number of rain showers, together with cold nights, when coats are necessary.

Despite being the winter, the weather and climate in Granada at this time of the year is still fairly mild. Many people choose to visit Granada during the winter months, when the city is at its quietest and the hotel rates are at their cheapest. The daylight hours being to noticeably reduce during Granada's winter months, with cold nights often resulting in light grounds frosts. Daytime weather is generally a mixture of fine, sunny days with endless blue skies, and cooler, overcast cloudy skies.