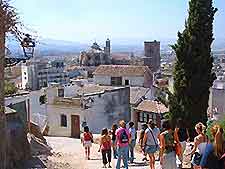 A varied selection of tourist attractions are on offer in the Granada area, which range from historic castles and buildings, to lively nightclubs and Tapas bars in the centre of Granada. Other top tourist attractions in Granada include the Granada Conference Centre (Palacio de Congresos y Exposiciones), where many notable events are held each year.

The Historic Baths of Granada are without doubt one of the cities oldest tourist attractions, dating back around 1,000 years, while Granada's El Sacromonte is also steeped in history, with winding backstreets and traditional Spanish entertainment. Here are Granada's main tourist attractions. 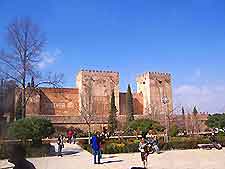 Address: Real de la Alhambra, Granada, 18009, Andalucia, Spain
Tel: +34 958 220 912
Famous throughout Spain for its Moorish origins and well-preserved architecture, the fortress of Alhambra is one of Granada's main tourist attractions. Built during the 13th century, over the years La Alhambra has evolved and been restructured and restored, retaining many of its original features. The main fortress area is known locally as Alcazaba, with other attractions including the main Royal Palaces and stunning landscaped Generalife Gardens, which regularly host outdoor concerts and events during the warm summer evenings. The encircling wall features the Bermejas Towers, ancient strongpoints dating back to the 8th century.
Open hours: daily - 08:30 to 18:00
Admission: charge, discounts for children 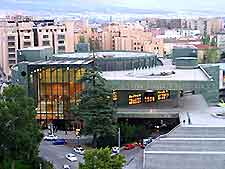 Address: Tierno Galván, Granada, 18005, Andalucia, Spain
Tel: +34 958 127 747
The Granada Conference Centre is a modern building, with state-of-the-art equipment and technology. Hosting many of the city's main events, the centre has a capacity of more than 2,000 people and offers coffee shops, a popular restaurant and an extensive calendar of exhibitions, concerts, theatrical performances, fashion shows and local celebrations.
Open hours: daily, hours vary for events
Admission: free, charge for events 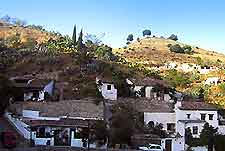 Nightlife in Granada is both exciting and diverse, ranging from al fresco dining to outdoor summer concerts and fiestas. Many of the area's top night spots are located below the Alhambra, at the Paseo de los Tristes, where you will find a good selection of Tapas bars and traditional restaurants. Locals in Granada like to party into the early hours of the morning, with Flamenco dancing around the El Sacromonte district and other entertainment.
Open hours: daily
Admission: free 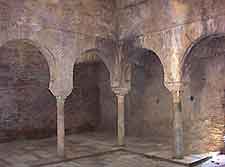 Address: Carrera del Darro, 31, Granada, 18010, Andalucia, Spain
Tel: +34 958 222 339
The Historic Baths of Granada were built around 1,000 years ago and this ancient Moorish building is in surprisingly good shape, considering its ancient origins. Once a major venue for both bathing and socialising, today El Banuelo is the oldest and best-preserved Arab baths in the area and is believed to have Roman origins and influence.
Open hours: Tuesday to Saturday - 10:00 to 14:00
Admission: free